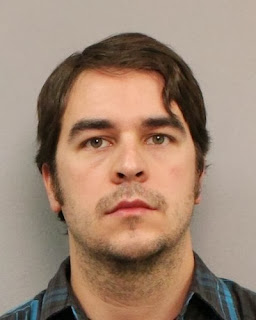 Gee, why am I not surprised?
Just another criminal in the already criminal ranks of the TSA.

Well, why not? The TSA does more than just take pictures of women’s privates; they grope women’s — and men’s — privates. So what’s a little more indecency here and there?
Notice that he’s been charged only with “disorderly conduct.” Touch a TSA agent in self-defense and you’ll be charged with assault, a felony. But this guy is charged with a misdemeanor.
These are the people — paid by your tax dollars — charged with keeping you “safe.”
Posted by Lisa Simeone at 7:31 AM

Email ThisBlogThis!Share to TwitterShare to FacebookShare to Pinterest
Labels: abuse, air marshal, airport, crime, security, travel, TSA
Newer Post Older Post Home
"The man who asks of freedom anything other than itself is born to be a slave." -Alexis de Tocqueville