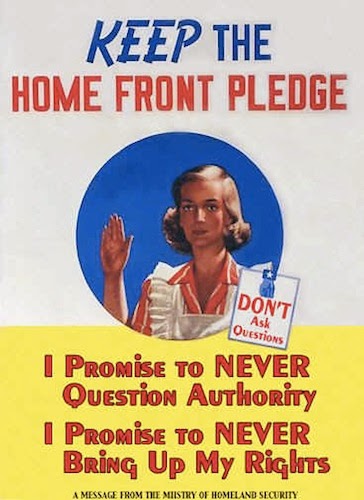 De profundis clamavi, or why we can talk till we’re blue in the face but until we put our money where our mouth is we won’t get rid of the TSA


One question comes up again and again: in the face of TSA abuse, what can we do? How can we resist? Especially given that our elected representatives ignore us, even though they've received plenty of complaints.

Email ThisBlogThis!Share to TwitterShare to FacebookShare to Pinterest
Home
Subscribe to: Posts (Atom)
"The man who asks of freedom anything other than itself is born to be a slave." -Alexis de Tocqueville