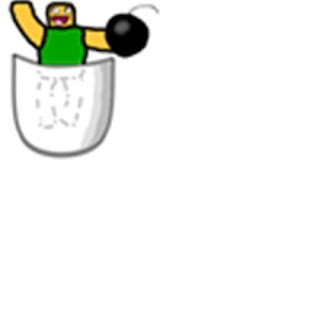 In another episode in the continuing saga of The Buffoons in Blue Overreact to Every Squeak, Burp, and Fart at the Checkpoint, a 26-year-old man at Bradley Airport in Connecticut was detained by the TSA and arrested by police for being a smartass.

When he was singled out for a scan or a grope -- we don't know which yet -- and asked if he had anything else in his pockets, Jordan Rickard supposedly said, "Yeah, a bomb."

The blue-shirted crusaders immediately swooped down on him and called the police. Because, don'tchya know, if you really did have a bomb in your pocket, the first thing you would do would be to announce it to all and sundry.

The complicit media is, of course, playing up this story to the hilt, especially now, in our time of bogus "high alert" abroad and in "the homeland."

The man was promptly carted off to jail; his girlfriend wasn't.

Perhaps you should even -- heaven forfend -- stand up for your rights.

For the umpteenth time, as I've written before, cracking a joke at the checkpoint is not against the law.

Just because some of you are willing to bend over and spread 'em every time an authority figure tells you to doesn't mean we all are. That's why Frank Hannibal is suing, and why he'll almost certainly win.

Email ThisBlogThis!Share to TwitterShare to FacebookShare to Pinterest
Labels: abuse, airport, Civil liberties, crime, security, speech, stupidity, terror, terrorism, travel, TSA
Newer Post Older Post Home
"The man who asks of freedom anything other than itself is born to be a slave." -Alexis de Tocqueville