US Security Forces Harassing People Even Before They Travel 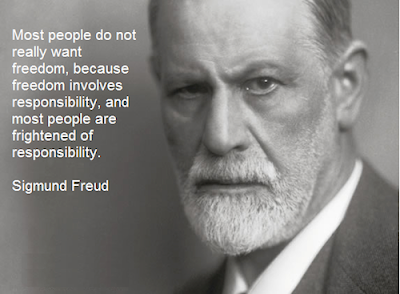 When are you people going to fucking get it??

Our government is spying on all of us and using the information it collects not only to gate-rape us at the airport, which the masses of sheeple don't give a shit about, but to target and harass people based purely on their ethnicity.

Do you even pay attention to what's going on in this country?

Abdulla Darrat, an urban planner from Queens, said he was flagged for extra scrutiny all eight times he flew since June. When he tries to check in online, a message tells him to check in at the airport, where he receives a boarding pass marked with “SSSS” indicating that he must undergo enhanced screening. His name has been handwritten on a card at the podium where an agent checks passengers’ identification, he said.
“They pat me down,” Mr. Darrat, 31, said. “Then they pull out every single article of clothing in my bag. They take out every shirt and every pair of pants.”
After the checkpoint search, which includes swabbing his luggage to check for explosive residue, he said he was often stopped at the gate before being allowed to fly.

That's from a New York Times article. Then again, I guess Darrat should count himself lucky he didn't end up in jail, like this man.

Still don't know what I'm talking about? Okay, here it is again:

Some of us have been ringing alarm bells for years about the creeping fascism in this country. But people still prefer to stick their heads in the sand.

That NYT article is just one in a long line of warnings about what's going on. Racial profiling at the airport is nothing new, which you would know if you were half as concerned about your fellow citizens as you are about catching your flight. You already know about the abusive practice called stop-and-frisk (and if you don't think it's abusive, God help us, watch this video); why don't you know about racial and ethnic harassment at the airport?

Ah, because it only affects "those" people, the dreaded "other"?

People like folksinger Vance Gilbert. He was harassed because he's a light-skinned black man with a beard (ya know, potenitally a scary AY-rab) and because he had the temerity to read a book about -- gasp! -- airplanes while actually sitting in one. Can't do that in the Land of the Free. He Might Be A Terrorist! Can't Be Too Safe!


. . . an update about the T.S.A.’s Transportation Security Enforcement Record System, which contains information about travelers accused of “violations or potential violations” of security regulations, warns that the records may be shared with “a debt collection agency for the purpose of debt collection.”

But hey, that's okay. Keep flying. Keep supporting an abusive industry -- the airlines could stop this tomorrow if they wanted; then again why should they, given that most Americans don't give a shit? Keep standing in the strip-search scanner like a criminal in a pose of surrender -- our overlords like you that way, makes you so much more compliant. Keep allowing yourself and your family members to be groped and pawed and your belongings to be rifled through and stolen so that you can get on a plane -- your rights aren't worth standing up for anyway. Keep signing up for Pre-Check, that worthless extortion racket. Keep giving away more and more and more of your personal information. Keep ignoring what's happening to your fellow citizens. Keep refusing to acknowledge what's right in front of your faces.

Whatever you do, don't resist. It's too much trouble.

After all, until your name shows up on a list, or until that moment when you hear a knock on the door in the middle of the night, everything is A-OK.
Posted by Lisa Simeone at 8:33 AM