Leaks -- Okay For Me But Not For Thee 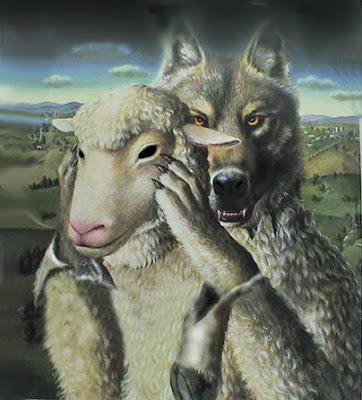 Even though he carried water for the Obama administration in the run-up to the 2012 election, when he knew -- or should have -- that Obama is a wolf in sheep's clothing, Robert Scheer still does important work at Truthdig.

Here's his latest column on the farcical claim that whistleblowing hurts the United States. On the contrary, as he points out, government officials and toadies engage in unauthorized leaks all the time when it suits them. And none of them, of course, go to jail. But Bradley Manning, John Kiriakou, Barrett Brown, Edward Snowden, and so many others are hounded. Persecuted and prosecuted for telling the truth. While the liars and criminals who surround us go blithely on their way. Some excerpts:

Secrecy is for the convenience of the state. To support military adventures and budgets, vast troves of U.S. government secrets are routinely released not by lone dissident whistle-blowers but rather skilled teams of government officials. They engage in coordinated propaganda campaigns designed to influence public opinion. They leak secrets compulsively to advance careers or justify wars and weapons programs, even when the material is far more threatening to national security than any revealed by Edward Snowden.

Remember the hoary accounts in the first week of August trumpeting a great intelligence coup warranting the closing of nearly two dozen U.S. embassies in anticipation of an al-Qaida attack? Advocates for the surveillance state jumped all over that one to support claims that NSA electronic interceptions revealed by Snowden were necessary, and that his whistle-blowing had weakened the nation’s security. Actually, the opposite is true.

. . . The Times and McClatchy stories, along with another on CNN, were based on the deliberate leaks of highly classified information intended to advance the case for extensive government data surveillance at a time when the NSA program was being widely criticized in the wake of Snowden’s revelations. U.S. officials, who were operating in an approved manner when they provided the pro-surveillance but still highly classified material, will not be prosecuted for violating the Espionage Act. Not so Snowden, whose revelation of the historically unprecedented intrusion into the private communications of American citizens as well as of foreigners who are supposed to be U.S allies, proved so embarrassing.

The material released by Snowden does not represent a threat to legitimate U.S. national security interests but rather reveals the arrogance of government power. As the Times cited Sunday in an example of the damage of Snowden’s disclosures: “Diplomatic ties have also been damaged, and among the results was the decision by Brazil’s president, Dilma Rousseff, to postpone a state visit to the United States in protest over revelations that the (NSA) agency spied on her, her top aides and Brazil’s largest company, the oil giant Petrobras.”

Embarrassing indeed! It mocks the claims of those in both political parties who are ever eager to justify the antics of the surveillance state, like Rep. C.A. “Dutch” Ruppersberger of Maryland, the leading Democrat on the House Intelligence Committee, who told ABC’s “This Week” that the “NSA’s sole purpose is to get information intelligence to protect Americans from attack.” Or Republican Sen. Lindsey Graham of South Carolina, quoted on CNN following its breathless report on the August intercept of an impending Yemen attack that never occurred. “Al Qaeda is on the rise in this part of the world and the NSA program is proving its worth yet again,” he said.

Rubbish. Al-Qaida is hardly on the rise anywhere in the world, with much of its leadership now dead and the remaining elements barely able to communicate. But until a more vigorous enemy turns up, the overblown terrorist enemy used to justify the vastly profitable surveillance state, with selective scary news leaks, is all the military-industrial complex has got.