I have done over 250 posts for TSA News in the almost two years of its existence. I'll eventually move them all over to this blog. In the meantime, here's one of them, from December 5, 2011. Unfortunately -- and not surprisingly -- everything I wrote in it is still true: 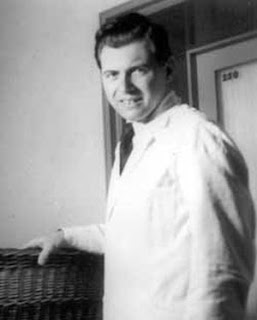 “The more we do to you, the less you seem to believe we are doing it.”
That infamous statement, by an infamous monster, encapsulates perfectly the human capacity for denial. Indeed not just capacity, but eagerness.

Email ThisBlogThis!Share to TwitterShare to FacebookShare to Pinterest
Labels: abuse, airport, assault, bill of rights, Civil liberties, crime, Philip Zimbardo, security, sheeple, Stanley Milgram, travel, TSA
Newer Post Older Post Home
"The man who asks of freedom anything other than itself is born to be a slave." -Alexis de Tocqueville