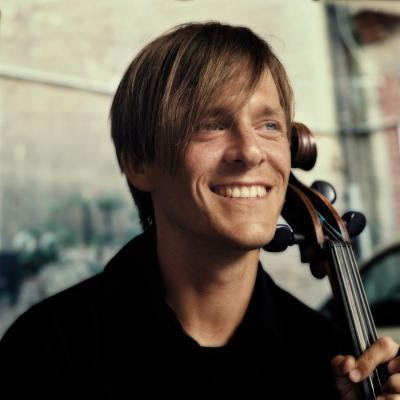 As I've said, I'm slowly transferring all my 250+ posts from TSA News over to here. I've been writing for and editing TSA News for almost two years (anniversary in November). But since it requires so much time and I have little to no help with it, plus I'm politically active in other ways, I can't keep up with managing two blogs. Here's a post from February 13, 2013:

German cellist Alban Gerhardt says the TSA damaged his $20,000 bow (at Dulles International Airport or O'Hare International, depending on which press account you read).

As they do with so many passengers, they rummaged through his luggage. But hey, they left a note. What nice guys and gals!

“My bow must have moved out of its cover, and instead of putting it back in, they just slammed the case shut and broke the bow that way over the bridge,” Gerhardt told Strad Magazine.

And the TSA feels so bad about it, don'tchya know? Why, one of their trusty propagandists said so:

"It truly is a shame about Mr. Gerhardt’s bow. I recommend that he file a claim to our Claims Management Branch for their review and adjudication," said TSA spokesperson Lisa Farbstein. "I would encourage him to file the claim as soon as possible with his flight information so that the airport might be able to retrieve any potential videotape of his case being opened."

Tough luck, Mr. Gerhardt. If you complain, clearly you Hate America™ and want to Help The Terrorists™. After all, the TSA is Keeping You Safe!

Nathan (09 February 2013)
My experience is that if you attempt to object to or intervene in their mistreatment of your instrument they will treat this as a criminal act, with possibly disastrous consequences. I have had this experience. I ship my instrument via courier service now rather than risk carrying it on an airplane.

TearingStuff Apart (12 February 2013)
These thugs answer to no-one. Most of my European friends refuse to visit the US any longer because of these callused-knuckled animals. Yet no politician ever lifts a finger against the TSA or any other part of this nasty security apparatus.

used2bfree (12 February 2013)
Haven't folks figured out yet not to visit the US?

Brian (12 February 2013)
Please, please, please sue these people. They have no respect and will only learn to respect others property through lawsuits.

KenHead (12 February 2013)
They'll molest your instrument and, if they can't get it back in, they'll break it as well. And we supposed to believe that these retarded morons will keep us safe from terrorists?

Fabian (12 February 2013)This (and a few other funny things the US gov does) is why I will never visit the USA again :(

Ken O'Brien (12 February 2013)  In my travels around Europe and North America, I''ve never met anything as rude and demeaning as the TSA.

UPDATE January 3, 2014: Well, it looks like The Strad has moved/updated/changed its website, blowing out the original coverage of this story in the process. Glad I copied and pasted the reader comments verbatim last year, since now they seem to be lost in the cyber ether.
Posted by Lisa Simeone at 2:21 PM

Email ThisBlogThis!Share to TwitterShare to FacebookShare to Pinterest
Labels: abuse, airport, cello, crime, DHS, security, stupidity, theft, travel, TSA
Newer Post Older Post Home
"The man who asks of freedom anything other than itself is born to be a slave." -Alexis de Tocqueville