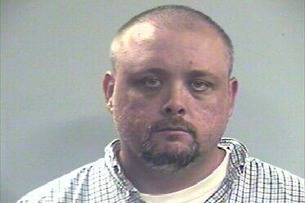 And yet another TSA agent has been arrested for sexual assault.

Oh, well. Just another day in the TSA!


Shane Hinkle, 38 -- not just a TSA agent, but a manager, no less, at Blue Grass Airport in Lexington, Kentucky -- was arrested and charged with four counts of first-degree sexual abuse of a fellow employee. He resigned from the TSA later that day.

No, he wasn't fired. But then we all know that, as the TSA puts it:

"TSA holds its employees to the highest ethical standards and expects all employees to conduct themselves with integrity and professionalism."

We've heard that line so many times we have it memorized. It's trotted out every time one of the blue-shirted thieves or molesters is caught. (Of course, we also know that many more of them out there aren't caught.)

Hinkle's mistake was that one of his assaults was caught on camera. Too bad the same doesn't obtain for the rest of the poor schmucks who get assaulted while going through security, as thousands of people can attest.

I suppose one could say there's a certain poetic justice in this case. The TSA sexually abuses everyone else; why shouldn't they also abuse each other?

But since I don't think anyone should be abused, sexually or otherwise, I think I'll look for justice elsewhere.

Cross-posted at TSA News.
Posted by Lisa Simeone at 6:35 AM

Email ThisBlogThis!Share to TwitterShare to FacebookShare to Pinterest
Labels: abuse, airport, Civil liberties, crime, DHS, security, sexual assault, travel, TSA
Newer Post Older Post Home
"The man who asks of freedom anything other than itself is born to be a slave." -Alexis de Tocqueville