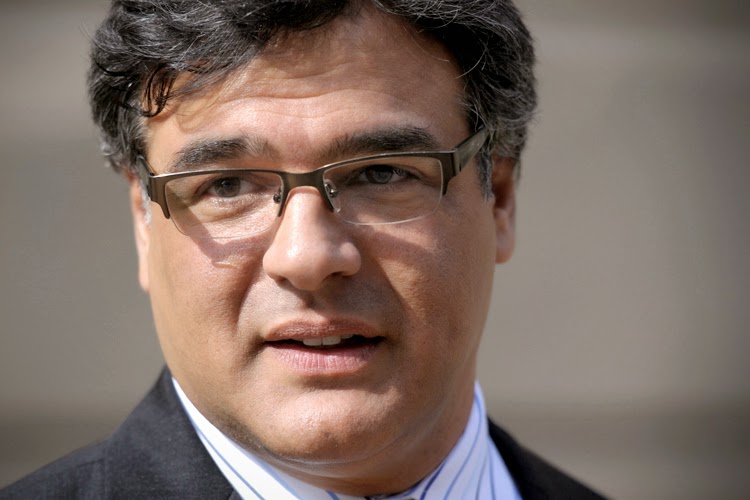 Former CIA employee and torture whistleblower John Kiriakou has been freed after almost two years in prison. He is the only American who has served prison time in the (on-going) U.S. torture scandal. While Dick Cheney, George Bush, Donald Rumsfeld, John Yoo, Paul Wolfowitz, Doug Feith, John Rizzo, and other assorted psychopaths walk free -- and, in fact, are sought out and promoted by the so-called news media -- Kiriakou went to jail for exposing the U.S. torture program.

Amy Goodman devoted an entire hour of her show to interviewing Kiriakou, now under house arrest at his home in Arlington, Virginia. He was released from prison in Loretto, Pennsylvania, to serve out the remaining three months of his sentence at home. After that, he'll still be on probation for three years. Meanwhile, of course, the war criminals who ordered and continue to support torture face no consequences.

Kiriakou is (almost) a hero. I say "almost" because he used to support waterboarding, as he says in the interview, and waterboarding is now and has always been torture.

But I'm shocked that he's shocked -- or that anyone is -- about the details of the torture the U.S. perpetrated. Hello?? Human beings have been doing brutal, unconscionable, vile things to other human beings since the dawn of time. But somehow we're supposed to believe Americans are "different." (And he's surprised that ordinary inmates in American prisons are routinely abused?) It's that "I'm shocked, shocked" sentiment that allows torture to go on, and to continue, which it will. It is a profound statement of denial.

And the constant emphasis in this interview that "it doesn't work" is, frankly, disgusting. The point is it's wrong. Sometimes torture does work. Just look at history. But it's wrong.

Anyway, there's also a complete transcript if you prefer that to listening to the interview.
Posted by Lisa Simeone at 3:49 PM