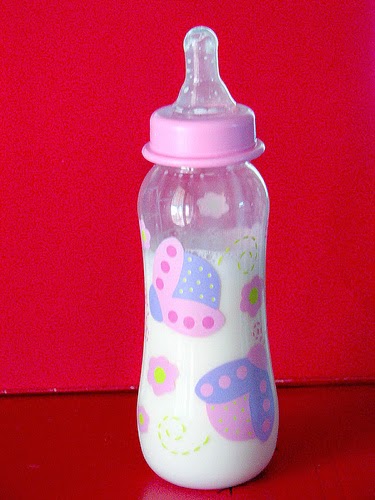 Because, as we've reported before, the UK is just as fearmongering and civil-liberties-violating as the US, and is in many ways the lapdog of the US, it should come as no surprise that our brethren across the pond have adopted the worst practices of the TSA.

It used to be that you could fly in/from Europe without being mauled and abused by "security" at the airport. No longer. (And yes, I'm burying the lede.)


As I reported last year, and again before that, and in 2013 (when boobie-bombs were apparently a threat), the US has strong-armed other countries into doing things the American way. So the UK, in addition to groping people, has also now started to install the repeatedly discredited strip-search scanners. From FlyerTalk:

Effective January 2015, the United Kingdom has commenced use of MMW scanners for primary security screening. Currently only London Gatwick (LGW) South terminal is applying the process, at its main checkpoint. It is expected to spread further over upcoming months.

Previously, body scanners had been used to resolve WTMD alarms, on randomly selected passengers, or to facilitate passengers who were unable or unwilling to go through a WTMD.

Opt outs are mandatory in the EU, and security clerks are mandatorily required to inform passengers of the possibility to opt out (EU Regulation 1147/2011, annex 1, section 4.1.1.10).

Screening of passengers who opt out in the UK must be conducted in private (Direction to certain aerodrome managers under the Aviation Security Act 1982 relating to security scanners 2015, annex C, section 14).

Furthermore, unlike in the US, where, though the goons will try to force you into a private room, you are free to stand your ground and demand they grope you in public, with witnesses, in the UK it looks like you must go into a private room, where you might be stripped:

Opt-outs have been permitted in the UK since November 2013, a year after it had been ordered to do so by the EU, but ordinarily result in a mandatory hand search and wanding in a private room, and may also require the loosening or removal of clothing. In many cases, passengers who opt-out are subjected to interrogation about their reason for opting out, demands for their passport and boarding pass from which details are recorded, and requirements to sign a consent form to a private search. Additionally, such passengers are often subjected to a mandatory search of carry-on baggage, and this may be extended to anyone with whom they identify as travel companions . . . passengers opting out have no option to be searched in public even if they want to.

Even the usually sensible -- and non-lapdog -- Norway is getting in on the action:

Oslo Airport has announced that it has started testing four security scanners as it aims to “bring state-of-the-art security screening to Avinor facilities”. The aim of the trials is to establish how each of the systems can both enhance security and offer a screening method that passengers find more comfortable.

Oslo Airport has confirmed to FTE that the four scanners that will be tested are L-3’s ProVision 2, Smiths Detection’s eqo, and the QPS100 and QPS200 from Rohde & Schwarz.

Can you say ka-ching? Because also as we've written so many times before, scanner proliferation is a huge windfall for the security industry.

Now for the buried lede: the UK abuses celebrities and hoi-polloi alike, same as the US. Actress Alyssa Milano found that out recently, when her terroristy breast milk was confiscated at Heathrow.

In another FlyerTalk conversation about this, the authoritarian-lovers and bootlickers are out in full force, berating her for thinking she's "above the rules," intoning that "it's the world we live in," "we're all in danger now," "the liquid rules are there for a reason" (never mind that the reason isn't what you think), and, bien sûr, "remember 9/11."

Yes, because breast milk can bring on another 9/11. Just ask Stacey Armato.

There are a few voices of reason in that FlyerTalk thread. But half are the usual chorus of, "don't you realize that this is all for our own good?!"

Resistance? Protest? Change? Common sense? None of it will happen in my lifetime. Yeah, yeah, I'm a broken record; I know. But I'll keep saying it till the cows come home: everyone who defends the abusive practices of the National Security State deserves what he gets.
Posted by Lisa Simeone at 10:18 AM