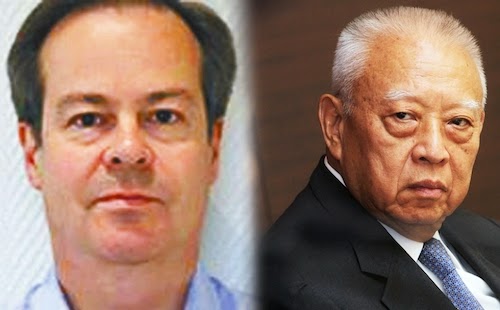 Remember the guy who dressed up in a blue shirt, khaki pants, and blue gloves and impersonated a TSA agent in San Francisco last month? He succeeded in leading two victims into a curtained booth and groped at least one of them. Well, we don't know exactly what he did, since he was hidden. We only know that he got away with it, and that if he had been an actual TSA clerk, whatever he did, including sexual molestation, would've been legal.


His name is Eric Slighton. I wrote about him here.

Well, guess what? Turns out no charges will be brought against him. Whether that's because his daddy is a rich, powerful man or because there's not enough evidence against him is up for grabs.

The irony is that the San Mateo County District Attorney is Steve Wagstaffe, who promised in 2010 that he would prosecute any TSA agents who abused passengers. As we've indicated before, nothing ever came of that promise. But at least his heart's in the right place. I'd like to believe that he'd like nothing better than to prosecute Eric Slighton.

Steve Wagstaffe, the incoming district attorney in San Mateo County, told FoxNews.com that he would charge screeners with sexual battery for complaints of inappropriate touching with sexual or lewd intent.

But if the complaint is simply that a TSA screener went too far with a pat-down, "That's not a crime," Wagstaffe said.

"It becomes a crime when someone does that touching, reaches under the blouse and fondles breasts," he said. "That's a crime under California law."

As we know from copious testimony, the TSA gets away with precisely this crime all the time. Yet nothing is done.

The legal catch is always "sexual or lewd intent." How the hell do you prove someone's intent?? Leave it to lawyers to worm around that one.

"Went too far" is apparently okay. How you go "too far" without "intent" is beyond me. Again, lawyer-speak. Translation: we can make it mean anything we want it to mean.

Sorry if my contempt is showing.

And what about impersonating a federal agent? That's against the law, too. Yet Wagstaffe, et. al. aren't prosecuting on these grounds either. Again, from the FindLaw article:

In any case, Eric Slighton gets off scot-free, and lives to grope another day. He should just save himself the trouble and join the TSA. Then he can assault as many women as he wants.