TSA and DHS, making a list, checking it twice 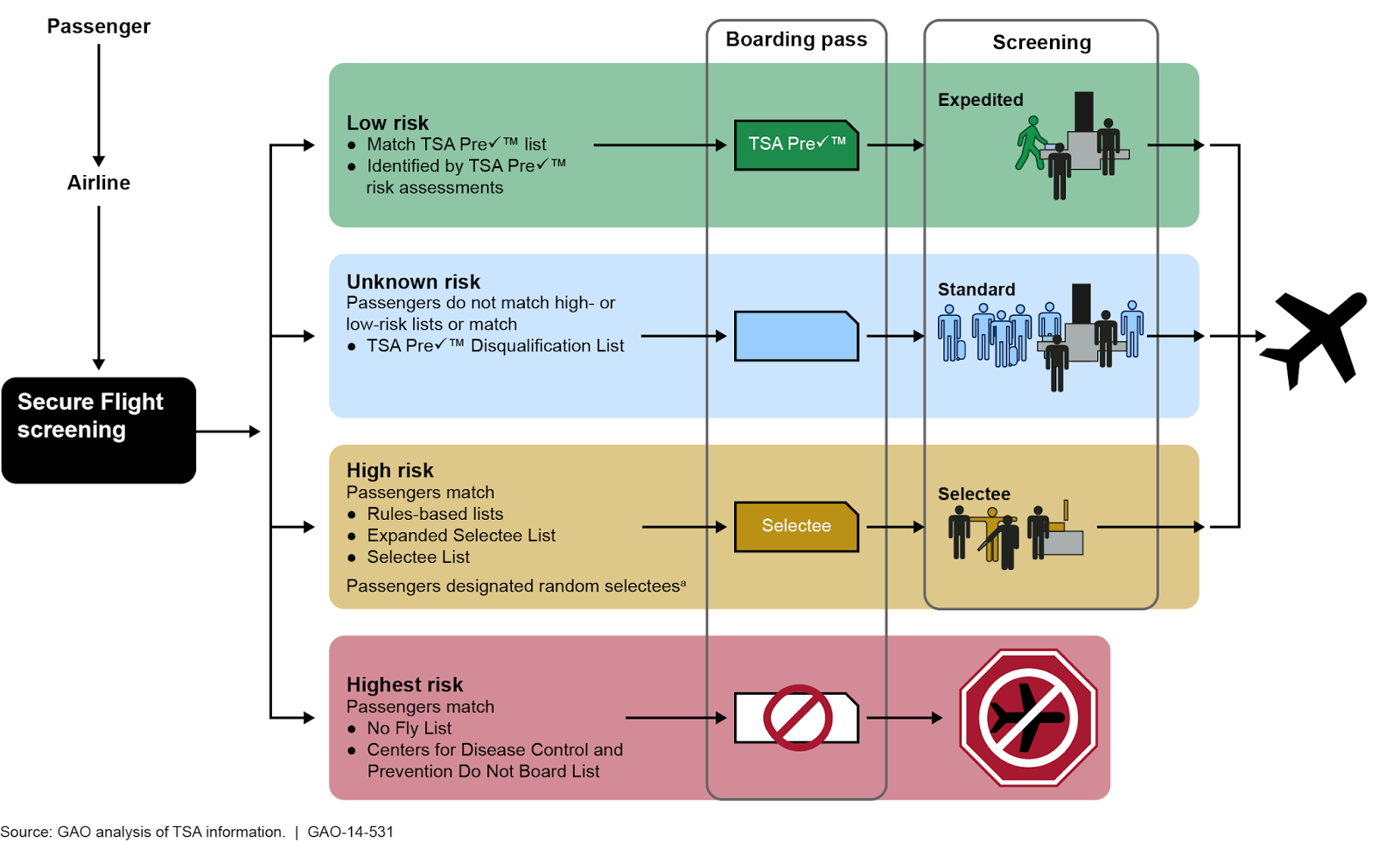 
This, of course, is what is called "freedom." We live in a "free" country, where personal liberty and autonomy are respected.

So it comes as no surprise that yet another GAO report has found the TSA and its parent agency DHS are messing with your lives.

And there's not a damn thing you can do about it.

As the ACLU reports, via Reason:

The Government Accountability Office (GAO) has put out a new report intended to analyze the performance of the Department of Homeland Security (DHS) and the Transportation Security Administration (TSA) in the operation of the watchlists that determine how much abuse passengers have to suffer before being allowed on a plane (assuming they're allowed).

The American Civil Liberties Union (ACLU) read through the report and was a bit disturbed at what they've discovered. The ACLU, you may recall, has been suing the government (and winning) over the horrible, opaque way the watchlists and no-fly lists have been operating in secret. You may also recall a recent report from The Intercept showing that hundreds of thousands of Americans placed on watchlists for extra screening have no known ties to terrorism. In fact, today Stephen Hayes, a senior writer for The Weekly Standard, tweeted that he discovered he'd been added to a DHS watchlist after taking a one-way flight to Turkey in July.

But it was ever thus. This is how police states form. Step by incremental step. While the complacent look the other way and pretend nothing's happening.

These lists have come about because of the overreaction to 9/11 and the government- and media-encouraged hysteria therefrom. It was inevitable that the lists would expand.

We've been ringing alarm bells for years, here and elsewhere in the blabbosphere. Last year we wrote specifically about Secure Flight, the list-determining program, urging people to pay attention. Excerpts:

Looking at the specifics of the proposal in the Federal Register, I see that two of the sections under “Categories of Records in the System” are especially problematic. Section (b) states that physical descriptions of passengers may be kept; and section (e) states that if the “screening status” of a passenger is discussed among a TSA agent and representatives from other governmental agencies, the airlines, and law enforcement, that information may also be collected. It says nothing about verifying that the information collected is accurate.

This expansion of Secure Flight further diminishes passenger privacy since passengers will now have risk scores attached to their records based on unknowable data, and all of this information will be shared widely. Given what we know about the NSA’s and other agencies’ rampant surveillance, why should we trust that Secure Flight is going to protect our data or even get it right?

Well, here we are. DHS, already brimming with inaccurate information, has empowered the TSA to compound that inaccuracy with lists of its own.

Thanks to the GAO report, we now know that the TSA has modified the Secure Flight program so that it assigns passengers to one of three risk categories: high risk, low risk, or unknown risk. We've long been critical of this kind of passenger profiling—which the TSA has proposed in the past—because it inevitably leads to greater intrusion into individuals' private lives. And of course, it raises the question of what criteria and information the TSA uses to sort people into these categories.

The TSA is keeping those criteria secret, which is part of the problem. However, the GAO report states that the "high-risk" passengers aren't just those who appear to match a name on the FBI's No Fly, Selectee, or Expanded Selectee lists (as problematic as those lists may be). Now, the TSA is also using intelligence and law enforcement information, along with "risk-based targeting scenarios and assessments," to identify passengers who may be "unknown threats."

In other words, the FBI's flawed definition of someone who is a suspected threat to aviation security isn't relaxed enough for the TSA, so the TSA is creating its own blacklists of people who are hypothetical threats. Those people are also subjected to additional screening every time they fly. To make matters worse, another recently published GAO report indicates that the redress process for travelers who have been incorrectly caught up in the watchlisting system does not apply to these new TSA blacklists. So the TSA's "unknown threats" are truly without recourse.

Tough luck, sucker. If you're on the list, it must be for a good reason. Can't be too careful™! Anything for safety™!

But wait -- it gets better: you could be on a blacklist, but your so-called representatives in Congress won't:

The ACLU also noted that there's a "whitelist" for millions of government employees . . . .

Under the TSA's Precheck program, 447 members of Congress have elected to skip to the head of the line . . . .

That's right, mes amis. The worthless wankers in Congress -- both Democrats and Republicans -- who've already sold you down the river, continue to do so. (Though please, for the love of God, stop being taken in by the Pre-Check scam.)

Hang on -- there's more. It's not just our esteemed representatives who are whitelisted, it's also the corporate puppeteers who put them in office:

But that's only fair, right? Why should the aristocracy have to go through what the unwashed masses do?

Come on, be a good patriot. Bow down to your betters.

(Cross-posted at TSA News)
Posted by Lisa Simeone at 8:39 AM