CBP: just as vile as the TSA 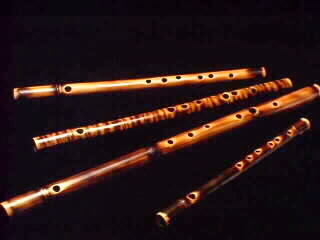 Customs and Border Protection (CBP) is the agency that greets you when you return to this country. Or, if you're a foreign tourist, when you enter it. And like the TSA, it can be capricious, ruthless, and abusive.

The latest outrage comes from JFK airport in New York, where a Canadian musician named Boujemaa Razgui was returning with his 11 rare, handmade wooden flutes. What did the brilliant minds of CBP do when confronted with these nefarious instruments?


Confiscate and destroy them.

Because they were "agricultural products."

Indeed, as we say so often, you can't make this stuff up.

Razgui . . . recounted his ordeal with customs. “I told them I had these instruments for many years and flew with them in and out,” he said.

Razgui said that, as a non-U.S. citizen, he was reluctant to tangle with CBP. For good reason. Even U.S. citizens have no rights at the border. None. The border is a Constitution-free zone. CBP can do whatever they want with you, as they often prove by detaining and abusing people for sport. This is routine. Just ask Loretta Van Beek or Leslie Ingratta, or Brad Feld, or Emily Banting and Leigh Van-Bryan, or Barbara Dixon and Richard Cross, or American radio producer Sarah Abdurrahman, or people who've been put in the notorious "ice boxes" that CBP apparently thinks are so hilarious.

Again like the TSA (remember when they wrecked a $20,000 cello bow?), when confronted with the media blowback over this story, CBP doubled down and defended the indefensible:

Today, a Customs spokesperson told Foreign Policy that the officials were correct to destroy the instruments, as they could have been carrying “exotic plant pathogens.”

“CBP is responsible for detecting and preventing the entry into the country of plant pests and exotic foreign animal diseases that could harm America’s agricultural resources,” the spokesman said.

“The fresh bamboo canes were seized and destroyed in accordance with established protocols to prevent the introduction of plant pathogens into the United States,” he continued.

The spokesman also revealed that Razgui wasn’t consulted before his instruments were destroyed.

Will Razgui sue? I don't know. As I've said till I'm blue in the face, lawsuits are expensive, time-consuming, and soul-sucking. Lawsuits are cold comfort. "Gee, I've been abused, but hey, I can sue!" (And Loretta Van Beek lost her lawsuit, giving further carte blanche to CBP to do whatever it wants.)

Welcome to the USA, peons. No wonder foreign tourism is down.

UPDATE: The Boston Globe is reporting 13 instruments: "11 nays and two kawalas."
Posted by Lisa Simeone at 7:33 AM