TSA to USA: We see you naked, and worse, try to make your life hell 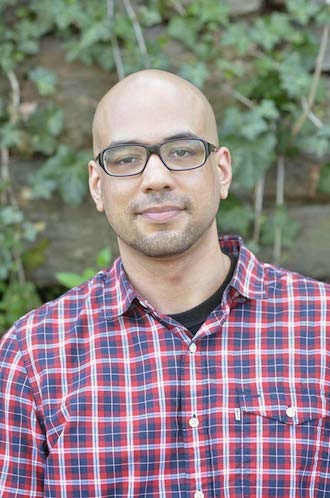 Our friend at Taking Sense Away, about whom we've written several times, and who up to now has remained anonymous, has just revealed his identity. In a very public way.
Our buddy "N. J." is really Jason Harrington. And his tell-all about life as a TSA screener was published last night by Politico.


The title of the piece is "Dear America, I Saw You Naked, And yes, we were laughing: Confessions of a TSA agent."
Some fun tidbits:

I hated it from the beginning. It was a job that had me patting down the crotches of children, the elderly, and even infants as part of the post-9/11 airport security show. I confiscated jars of homemade apple butter on the pretense that they could pose threats to national security. I was even required to confiscate nail clippers from airline pilots—the implied logic being that pilots could use the nail clippers to hijack the very planes they were flying.
Once, in 2008, I had to confiscate a bottle of alcohol from a group of Marines coming home from Afghanistan. It was celebration champagne intended for one of the men in the group—a young, decorated soldier. He was in a wheelchair, both legs lost to an I.E.D., and it fell to me to tell this kid who would never walk again that his homecoming champagne had to be taken away in the name of national security.
There I was, an aspiring satire writer, earnestly acting on orders straight out of Catch-22.
I quickly discovered I was working for an agency whose morale was among the lowest in the U.S. government. In private, most TSA officers I talked to told me they felt the agency’s day-to-day operations represented an abuse of public trust and funds.
We knew the full-body scanners didn’t work before they were even installed. Not long after the Underwear Bomber incident, all TSA officers at O’Hare were informed that training for the Rapiscan Systems full-body scanners would soon begin. The machines cost about $150,000 a pop.
Our instructor was a balding middle-aged man who shrugged his shoulders after everything he said, as though in apology. At the conclusion of our crash course, one of the officers in our class asked him to tell us, off the record, what he really thought about the machines.
“They’re shit,” he said, shrugging. He said we wouldn’t be able to distinguish plastic explosives from body fat and that guns were practically invisible if they were turned sideways in a pocket.
We quickly found out the trainer was not kidding: Officers discovered that the machines were good at detecting just about everything besides cleverly hidden explosives and guns. The only thing more absurd than how poorly the full-body scanners performed was the incredible amount of time the machines wasted for everyone.
Many of the images we gawked at were of overweight people, their every fold and dimple on full awful display.
But we would also sometimes pull a passenger’s bag or give a pat down because he or she was rude. We always deployed the same explanation: “It’s just a random search.”

Of course, we've been saying all this and more for years. Maybe now that a former insider is saying it, people will listen. I'm not holding my breath.
Stroll on over to read the whole thing. I hope he got paid well. And thanks, Jason, for mentioning TSA News. Godspeed.

(Cross-posted at TSA News)
Posted by Lisa Simeone at 7:11 AM

Email ThisBlogThis!Share to TwitterShare to FacebookShare to Pinterest
Labels: abuse, airport, DHS, fraud, Jason Harrington, security, stupidity, Taking Sense Away, travel, TSA, waste
Newer Post Older Post Home
"The man who asks of freedom anything other than itself is born to be a slave." -Alexis de Tocqueville