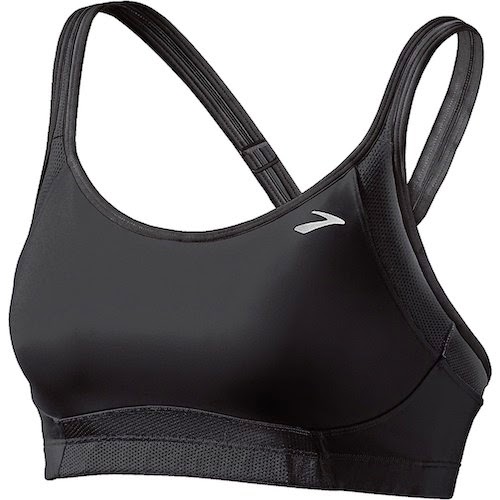 I've been meaning to post this woman's account for a while, but with so many TSA stories to keep track of (and more in the pipeline), it got away from me.


As you'll see, she was forced to expose herself to the blue-shirted goons. Then she was ridiculed, then further hassled. And she took it all in stride. Some people might think such equanimity is a boon. I don't. I think it's sad and telling that she makes light of what was done to her, and by extension, what is done to thousands of people all the time. Though she posted this just recently, the incident happened in 2009, before the Reign of Molestation was made mandatory. I'm reposting it in full and have bolded certain bits:

During Thanksgiving weekend 2009 I was flying back to my home after a visit with family in Midland, Texas. Going through security, I removed my jewelry and shoes and put them in bins and then put my purse in another bin. I was wearing a velour jogging suit with a sports bra underneath. I was told by the TSA agent that I had to remove my jacket and put it in a bin. I said what jacket, this is my top not a jacket. She said it was considered a jacket because it zipped up the front. I said it does not have a hood and I have only my sports bra on underneath. She informed me that was my problem and I could either take it off and place it on the belt or go wait over “yonder” until someone had the time to mess with me, because she did not! Yes, she actually said it just like that!
I looked up and saw two male TSA agents beginning to approach, then I looked behind me and saw all the angry and disapproving faces behind me in line. So fearing that I would miss my flight waiting for someone to have the time to “mess” with me, I reached up and unzipped the top and put it in a bin to be sent down the line. I am a very large busted woman, so there were a few giggles and a couple of gasps from the angry line. The TSA agent shook her head and snickered. The two male TSA agents now standing behind her looked shocked and started biting their lips to keep from laughing. They scanned everything slowly while I stood there in my sports bra waiting. I passed through, put my top back on hastily and retrieved my other belongings.
When I got past, I was stopped by another TSA agent and pulled to the side. She said my purse had to be manually checked. So she takes me over to a table and starts pulling everything out of my purse and all is well until she comes upon my rescue inhaler. She said, “What is this?” So I told her I had asthma and it was my rescue inhaler and pointed out the prescription sticker on the side. She said, “What is it for?” I said I have asthma and I carry it with me everywhere I go in the event that I might have an attack. She then asked me, “What kind of attack?” Now I am starting to get really mad. I am thinking, what an idiot! She then proceeded to tell me that I could not take it on the plane. So I asked for a supervisor and one finally came after about 10 minutes. The supervisor looked at my inhaler and said it was fine and to let me have it back. I had to put the scattered contents of my purse back inside of it myself as I was told that TSA would not do that.
So after all that I finally made my way to the gate and boarded my plane with only a couple of minutes to spare. Boarding the plane I saw two men already seated and when one saw me he nudged the other, pointed to me and whispered in his companion’s ear and they both laughed. I figured he had seen me in my bra in line earlier. I just gave them a knowing smile and headed to my seat. Hey, sometimes a girl just gotta do what a girl gotta do!

After indicating that she initially felt embarrassed, the woman then goes along with the whole charade. Even in the face of people having a laugh at her expense, she ends up siding with her tormentors. And if you read through the comments at her post, you'll see that she continues to make a joke of it even today:

"Never asked for sympathy, just related a story I felt was humorous."

Look, I get it -- people try to cope in all sorts of ways. People sometimes try to make light of bad situations to ease their discomfort. I don't need any lectures on the balm of laughter.
But there's making light of something, and there's making light of something.
I know I've said it so many times before, but I'll say it again: one of the most pernicious effects of authoritarianism is that it engages its victims as complicit in their own abuse.
You'll notice that the woman says the TSA agents were deliberately slow in getting to her while she was standing around in her bra. Then the clerk threatened not to let her take her asthma inhaler on board. Why? Again, to exercise power. To exert control. It's power for the sake of power. I find it amazing that so many people still don't get this. It's human effing nature. And it's been going on since the dawn of time. Why don't people want to believe that TSA agents are human?
The icing on the cake is that men on the plane pointed at her and snickered like 12-year-olds. Nothing like your fellow travelers cheering on your harassment. Go, USA!
And in the comments section, "Michael Cochrane" chastises her for good measure:

so Rachel, why exactly are you coming down on the TSA agents in this story? It can't be because THEY WERE DOING THEIR JOB can it?
1) if the rules state jackets should go through the x-ray then they go through the x-ray. It wasn't the TSA agent's responsibility because the OP wasn't dressed appropriately.
2) Or maybe it is because they felt the OP might need a little extra scrutiny so they searched her purse. Not out of the ordinary at all. I've seen it done hundreds of times...even getting into NIGHT CLUBS.....
3) Or maybe it was because they questioned her on the inhaler. So, someone is taking a metal canister onto a plane and you think it's wrong that she would be questioned on it? You see, it would be rather easy to substitute the contents to something more lethal and since when people lie, they have "tells" I think it is appropriate that they ask about the item.
Sorry, I applaud the TSA agents in this case for DOING THEIR JOB!!!
BTW: I have to agree with buddy up there who stated that if the OP had been dressed appropriately she probably would have sailed through the screening process. I can't believe what people wear out in public these days. I shake my head at the people going out in their fricken PYJAMAS!!!!

You see, it was her fault for not wearing TSA-approved attire -- whatever that is. And it was her fault for having asthma -- how dare she?! Those poor TSA agents -- just "doing their job!!!!"
Gee, I thought that defense went out at Nuremberg. I guess I haven't been keeping up.
Obviously, many other women have experienced what this traveler experienced. Many. The Master List is full of them.
It can't be said enough: power for the sake of exercising power. Power and control.
Now shut up and move along like a good little girl.
(Cross-posted at TSA News)
Posted by Lisa Simeone at 9:47 AM