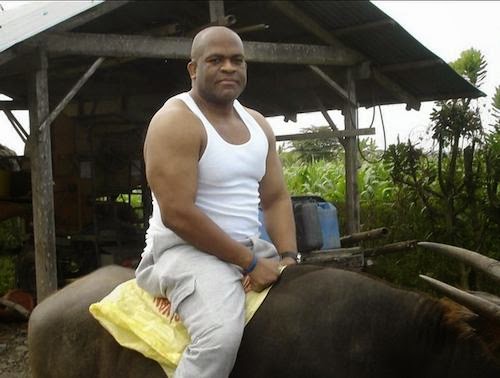 From New York, we have word of yet another TSA agent — in this case a supervisor — being charged with sex crimes. Sex crimes with minors, no less.


The story at WABC reports:

A TSA Supervisor was arrested at Kennedy Airport accused of setting up a meeting in the Dominican Republic to engage in sexual activity with minors.
Vernon Lythcott was arraigned Friday afternoon in federal court.
A judge set bail at $250,000.
. . . Prosecutors allege Lythcott engaged in sex acts with two 15-year-old girls during a January trip to the Dominican Republic.
According to the criminal complaint, Lythcott used the help of a Dominican man to lure the teens from the beach into a van, promising them money and gifts.
He’s accused of having sex with both girls several times.
At one point in a hotel, Lythcott and two other men forced one of the girls in a room where they all sexually assaulted her.

Thus Lythcott joins an illustrious array of TSA criminals, including pedophile former priest Thomas Harkin at Philadelphia, and Bryant Jermaine Livingston at Dulles Airport, and Harold Glen Rodman, another Dulles graduate of the TSA school of sex crimes, and Michael Scott Wilson at BWI, and Andrew Smeal at Fort Lauderdale, and Jose Salgado at Boston Logan, and the many others — you’ll forgive me if I can’t keep track of them all.
Presumably the TSA is in the process of getting rid of its latest, ah, embarrassment, though these things take time, don’tchya know? In the meantime, TSA brass has, of course, issued its usual boilerplate blah blah blah:

“TSA holds its employees to the highest ethical standards and expects all TSA employees to conduct themselves with integrity and professionalism.”

(Cross-posted at TSA News)
Posted by Lisa Simeone at 7:00 AM