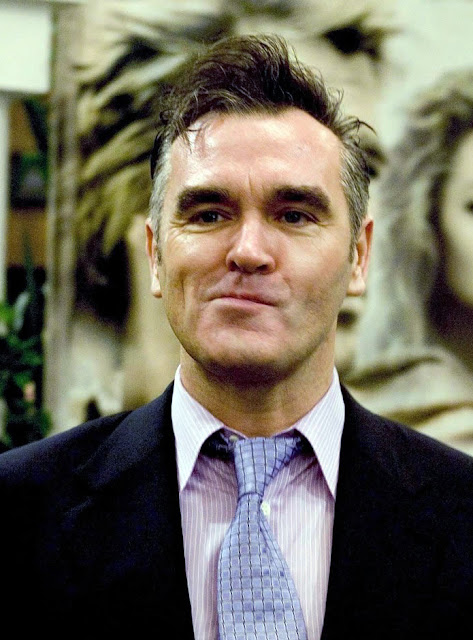 Welcome to the club, Morrissey.


Americans -- and visitors to the U.S. -- get sexually assaulted by the TSA every day. It's standard operating procedure here. Americans accept it. Some of us have been trying to tell your compatriots about it for years and have usually been met with incredulity and ridicule. But since the UK is now adopting the worst practices of the US -- including using the scanners that it already found don't work -- it's only a matter of time before those heads in the sand pop out.

“I went through the usual airport security procedure including the standup ‘scanner’, and all was well – no bleeps and nothing unusual.

“Before I could gather my belongings from the usual array of trays, I was approached by an ‘airport security officer’ who stopped me, crouched before me and groped my penis and testicles.

Of course. The blue shirt probably recognized you and wanted to cop a feel. (That's if he was smart enough to know who you are, which is a tall order with the TSA.)

Well, good luck with that complaint. As always, “TSA takes all allegations of misconduct seriously and strives to treat every passenger with dignity and respect.”

Ha ha -- as millions of people have already discovered, joke's on you!

(Photo: "Morrissey crop tie" Licensed under CC BY-SA 3.0 via Wikipedia)
Posted by Lisa Simeone at 7:55 AM

Email ThisBlogThis!Share to TwitterShare to FacebookShare to Pinterest
Labels: abuse, airport, Morrissey, sexual assault security, travel, TSA, UK
Newer Post Older Post Home
"The man who asks of freedom anything other than itself is born to be a slave." -Alexis de Tocqueville