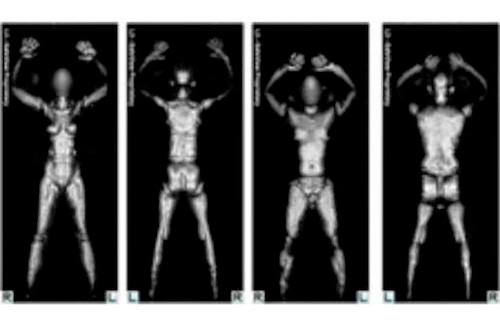 Since the radiation-emitting, independently untested Rapiscan strip-search scanners were removed from airports last year -- at the cost of millions of dollars to taxpayers -- what's happened to them?

Well, surprise, surprise, they're being forced on yet another vulnerable part of the population, one with no power to object: prisoners.

So far, 154 of the machines have been transferred to prisons in states including Iowa, Virginia, and Louisiana. It’s a good fit because privacy concerns raised by airport passengers do not apply in many cases to prisoners, according to TSA.
Arkansas received five of the scanners in early May for use by local sheriffs as well, according to TSA.

And, of course, just as with the useless "puffer" machines, the clunkers are also being stored in warehouses:

The remaining 96 scanners are still being stored in the warehouses of scanner manufacturer Rapiscan.

Never mind that the scanners don't work; when did that ever get in the way of a bureaucracy doubling down on bad policies? And since prisoners are treated like slaves in this country, the imposition of worthless, potentially injurious technology is perfectly in keeping with American values.
Posted by Lisa Simeone at 6:50 AM

Email ThisBlogThis!Share to TwitterShare to FacebookShare to Pinterest
Labels: abuse, American values, prison, radiation, Rapiscan, scanners, security, strip serch, TSA
Newer Post Older Post Home
"The man who asks of freedom anything other than itself is born to be a slave." -Alexis de Tocqueville