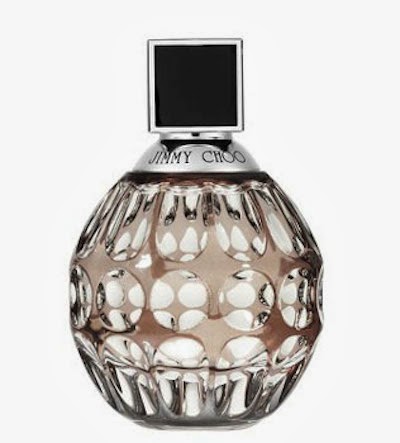 I can't keep up with all these stories. They come too fast and furious, one more idiotic than the next. Although there is sometimes method to the TSA's madness, as in this case where the employees clearly wanted to steal somebody's expensive perfume.

In Phoenix, Arizona, at Sky Harbor Airport, passenger Lois Lewis was carrying an $83 bottle of Jimmy Choo perfume (yes, the famous shoe company also makes perfume). The bottle has bumps on it that are apparently reminiscent of a grenade. Frankly, that's not the first thing I thought of when I saw a picture of the bottle, but whatever.

Lewis says she's traveled with the perfume hundreds of times in the past with no problem -- though the blue-shirted wonders have "questioned" her about it. This time, however, they wanted it for their own. And they didn't just do what they normally do when they want to steal something -- which is tell you that they must "confiscate" it. No, the geniuses at Sky Harbor have a flair for the dramatic:

She says Transportation Security Administration agents shut down lane 6 at the Southwest Terminal for nearly an hour as they called in a bomb expert to deal with the offending bottle they said looked like a grenade.

That's right. They shut down part of a terminal. For a perfume bottle.
Because, of course, if you were actually carrying a grenade, the first thing you would do would be to announce it to all and sundry by making sure it looked like a grenade. And the second thing would be to take it through security and detonate it on the plane, because detonating it in line, with hundreds of victims already massed together in a tight spot, would make too much sense.
Not only is Lewis questioning the, uh, brains of the TSA clerks, but she's under the misapprehension that because she's a Pre-Check member, that's supposed to make a difference. As we've explained dozens of times over the past two years, it doesn't. Pre-Check is meaningless.

"I'm not a casual traveler. I was trying to show them look I'm PreCheck. My risk has been assessed you know. I carry this with me always," said Lewis. "They said if as a passenger you were to get on an airplane and you were to wave this around that people could maybe construe that as you making some sort of a threat."
The expert then took her information, a copy of her identification and the bottle.

But wait -- there's more. When Lewis flew back from Denver, not wanting a repeat of what happened in Phoenix, she put the perfume in her checked luggage:

When she got to Denver, where she was promoting the Eli Young Band, she bought a new bottle.
She put it in her checked bag on the way back and when she got home to Tempe she realized her checked bag had been searched and the perfume was out of its plastic bag.

So damned if you do, damned if you don't.
Considering the thousands -- or tens of thousands, we'll never know how many -- of thefts the TSA commits every year, I wasn't suprised by what happened to Lois Lewis, but I was sympathetic. Until I got to this:

"I know the TSA is there to protect us. I know that. I am a traveler. I travel a lot, many many flights a year. I have a husband. I want to come home. I want to be safe. But I want to be logical," said Lewis.

Sorry, Ms. Lewis. If you still believe the TSA "is there to protect us," after your own personal experience and years of evidence to the contrary, you're more or less asking to be abused.
I don't know how many more bottles of perfume -- or other belongings -- you'll have to get stolen, or how many times you or your loved ones will have to get groped, before you come to the only logical conclusion: the TSA is a farce. It is security theater. It is obedience training. And by going along with it, and defending it, you're just encouraging it by playing your little part.
Posted by Lisa Simeone at 9:50 AM

Email ThisBlogThis!Share to TwitterShare to FacebookShare to Pinterest
Labels: abuse, airport, fraud, Jimmy Choo, perfume, Phoenix, security, stupidity, theft, travel, TSA
Newer Post Older Post Home
"The man who asks of freedom anything other than itself is born to be a slave." -Alexis de Tocqueville