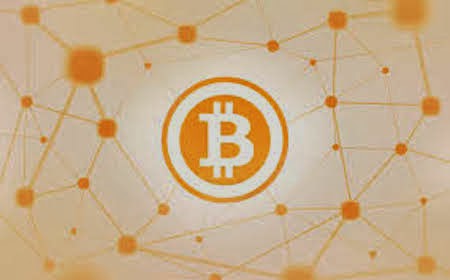 Someone who describes himself as an anarchist believes what the TSA is saying? Really??

Davi Barker, I'd check my anarchist credentials if I were you.

Barker has written a post detailing his most recent experience at the hands of the TSA. He titled it, rather misleadingly, "The TSA is looking for Bitcoin."

Fair warning -- it's long winded and verbose -- but the gist of it is that TSA clerks in Manchester, New Hampshire harassed him, ostensibly because they were looking for Bitcoin.
What Barker doesn't seem to get is that those TSA screeners have no idea what Bitcoin is. They don't know it's a digital construct. They were looking for actual, physical coins.
He attributes to malice (which, yes, we already know the TSA has in abundance) that which is simply stupidity:

This question of hers, “Do you have any coins” was, in my opinion, a carefully crafted gotcha question, and not the idle banter it seemed at the time.

Uh, no, it wasn't. She's too dense to carefully craft a gotcha question. She's harassing you, yes, but she's not looking to entrap you in some scheme having to do with alternative currency because she's too stupid to know what that alternative currency is.
Barker continues:

Obviously, the TSA has been trained, although poorly, to look for Bitcoin.

No, it hasn't. They're barely trained to do anything, let alone look for Bitcoin.
As we've written umpteen times, they know they're not allowed to look for or question you about anything other than weapons, explosives, incendiaries -- things that can actually supposedly bring down a plane -- yet we know that they illegally question people all the time about all sorts of things they have no business questioning them about.
This is done to exert control. It's a power play. They harass people because they can.
I'm glad to hear Barker opted out of the strip-search scanner -- that's a small act of resistance -- but he gives the TSA too much credit. Bitcoin has bitten the dust anyway, so next time he flies they'll just come up with some other reason to harass him. The possibilities are endless.
(Photo credit: PerfectHue)

(Cross-posted at TSA News)
Posted by Lisa Simeone at 9:08 AM

Email ThisBlogThis!Share to TwitterShare to FacebookShare to Pinterest
Labels: abuse, airport, bitcoin, harassment, security, stupidity, travel, TSA
Newer Post Older Post Home
"The man who asks of freedom anything other than itself is born to be a slave." -Alexis de Tocqueville