TSA and CBP: comrades in arms -- and crimes 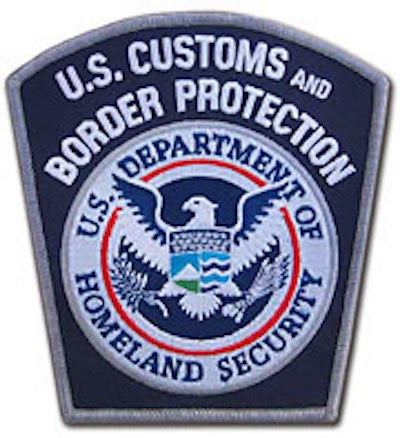 The Transportation Security Administration (TSA) and Customs and Border Protection (CBP) are two different agencies operating under the aegis of the Department of Homeland Security (DHS). Therefore, it shouldn't come as a surprise that they have sensibilities, practices, and impunity in common. The major difference is that the TSA has no law enforcement authority while CBP does. That power makes the latter even more dangerous.


The agency represents itself as just as obsessed with "security" as the TSA. Only in the case of CBP, the obsession focuses more on drugs than on weapons (or pretend weapons). I've written before -- several times before -- about the abuses that CBP commits and gets away with. I remember well a story last year by American radio producer Sarah Abdurrahman about her and her family's ordeal at the hands of CBP while trying to re-enter the country after attending a wedding in Canada. They were abused. All of them. For sport.
Abdurrahman works for the public radio program On the Media. She initially reported her story for that program, and On the Media followed up last week by reprising her report and devoting an entire hour to the issue of CBP abuse. I encourage you to listen to it -- though fair warning: it's graphic.
This abuse doesn't exist in a vacuum. It exists because a culture of impunity allows it. And it's intimately related to TSA abuse. That's why I wrote the following letter, sent via web form to On the Media on Tuesday, March 4, 2014 (the hosts of the show are Bob Garfield and Brooke Gladstone):

Bob and Brooke,
I heard your show on Customs and Border Protection the other night. It was, of course, an important show. I remember the first time you aired the story of Sarah Abdurrahman's plight; I've been writing about this issue for years and included her story in one of my essays.
CBP abuse is rampant. Do you also know the case of Loretta Van Beek? And the many other women who've been sexually assaulted by CBP? The courts have always sided with CBP. Loretta Van Beek, predictably, lost her case. The "Jane Doe" in your report will also lose hers. The so-called security agencies in this country have long behaved with impunity, and it's only gotten worse since 9/11.
You opened the show by relating that since it's impossible to get hard numbers, you had to report the issue by telling stories.
As editor of TSA News, I, too, have found it impossible to get hard numbers and I, too, have been reporting by telling stories. It's always amazing how many people, including in the media, prefer to stick their heads in the sand. There are two reliable refrains:
1) "Nothing bad has ever happened to me; therefore, nothing bad ever happens."
2) "Your evidence is only anecdotal."
What they don't seem to get is if my evidence is "only anecdotal," so is theirs.
I'm appending a few links if you're interested. You went to bat for me when NPR blacklisted me over my involvement in the Occupy movement. I'm hoping you'll also take up the issue of TSA abuse. The fact that people are routinely bullied, harassed, robbed, and assaulted -- including sexually assaulted -- just to get on a plane in this country is surely worth a show. Those links:
http://tsanewsblog.com/214/news/history-repeats-itself-with-tsas-strip-search-tactics/
http://tsanewsblog.com/5431/news/de-profundis-clamavi-or-why-we-can-talk-till-were-blue-in-the-face-but-until-we-put-our-money-where-our-mouth-is-we-wont-get-rid-of-the-tsa/
http://abombazine.blogspot.com/2014/01/cbp-just-as-vile-as-tsa.html
http://abombazine.blogspot.com/2013/12/another-person-abused-in-cavity-searcy.html
http://abombazine.blogspot.com/2013/11/2nd-man-comes-forward-in-new-mexico-re.html
Lisa Simeone
[with full address and contact info]

I haven't heard back yet. I'll be curious if I do. I'll be curious if or when any mainstream media outlet considers TSA abuse important enough to take seriously. (I know the American Psychological Association and the American Psychiatric Association don't; that will be the subject of a future post.)
(Photo: courtesy of your tax dollars)
Cross-posted at TSA News
Posted by Lisa Simeone at 9:03 AM

Email ThisBlogThis!Share to TwitterShare to FacebookShare to Pinterest
Labels: abuse, assault, CBP, crime, DHS, NPR, On the Media, police state, radio, security, sexual assault, travel, TSA
Newer Post Older Post Home
"The man who asks of freedom anything other than itself is born to be a slave." -Alexis de Tocqueville