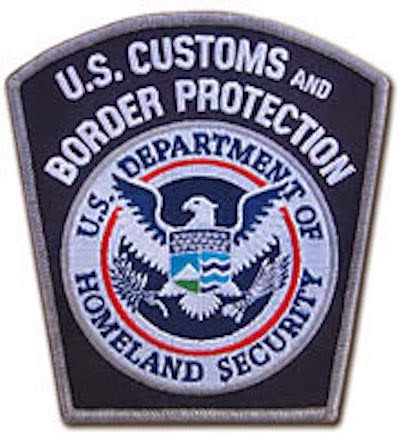 The case of a woman who was raped -- repeatedly -- by Customs and Border Protection (CBP) officers and by medical personnel at the University Medical Center of El Paso has been partially settled.

I first wrote about the case here. Though this kind of thing goes on all the time at borders (and in prisons and detention centers), this particular case was so egregious that even the mainstream media reported on it.

After a dog false-alarmed on her -- another thing that happens often that people don't want to acknowledge (and perhaps because the CBP officer induced the dog to alarm, also a common occurrence) -- the woman was strip-searched and cavity-probed, multiple times. But that wasn't enough: she was also forced to take laxatives, to defecate in front of other people, and was probed, vaginally and rectally, yet again.

Indeed, you can't make this shit up. The U.S. has turned into a dystopian novel that not even novelists could dream up.

The criminals who did this to her wore both the blue uniforms of CBP and the white uniforms of supposed medical professionals. None of this should come as a surprise, since U.S. military and U.S. physicians have been abusing prisoners of war at Guantanamo for years, up to and including the present day. Torture is now standard practice in the U.S. And this woman was tortured.

She was tortured and she was raped, and if you don't see that you need to get your head out of your ass and take a look at what's going on in this country. Even the FBI classifies what was done to her as rape.

The case is only partially settled, to the tune of 1 million dollars, because it's the portion of the lawsuit brought against the University Medical Center of El Paso. The case against CBP is still pending.

To get a sense of the grotesque euphemism and spinning the University Medical Center is engaging in and their complete lack of accountability for abusing this woman, see this marvel of a contorted, convoluted statement by their PR flack of a president James Valenti:

“UMC’s settlement of this case was not intended to 'make it go away.' It was meant to bring closure for the plaintiff and to the issues that she alleged and to ensure our stakeholders that we have taken steps to tighten our policies and reinforce them with staff,” he said. “We also intend to make sure that area law enforcement agencies understand that UMC's only concern when patients are brought to us in their custody is patient care. We do not see those patients as prisoners. We are here solely to tend to their needs and to do our best to ensure that they have a good outcome.”

This man is a rank liar. He should have to stand in a stock in the middle of town and have rotten tomatoes hurled at him. The "issues" she "alleged"?? Are you fucking kidding me??

What's happened to those employees of his who raped this woman? Have they been fired? Are they being criminally prosecuted?

Besides being prosescuted, they and the CBP officers involved should be personally sued into oblivion. But we all know that won't happen. We the taxpayers will be on the hook for whatever settlement is reached -- IF it's reached -- with CBP. The thugs who brutalized this woman, and who brutalize hundreds, likely thousands, of people at border crossings never pay for their crimes. They continue to get away with their behavior, always under the guise of "security," while the U.S. just sinks deeper into a police state.

The woman in question, by the way, still remains unidentified in public accounts and court rulings. She was so traumatized by what was done to her that she has ongoing physical and psychological problems.

And Congress is just as toothless and ineffectual as usual, with two reps mouthing worthless bromides about how much they care. So, of course, what do they want to do? What bureaucrats everywhere who don't give a shit always do -- set up a committee:

The incident helped prompt U.S. Reps. Beto O’Rourke, D-El Paso, and Steve Pearce, R-N.M., to file legislation called the Border Accountability and Community Engagement Bill. If passed, it would create a commission charged with reviewing CBP’s “search and seizure, personnel training and community engagement policies."
The bill has been referred to a U.S. House committee, but no hearing has been scheduled, O'Rourke's office said.