Jennifer Abel at Consumer Affairs on the TSA 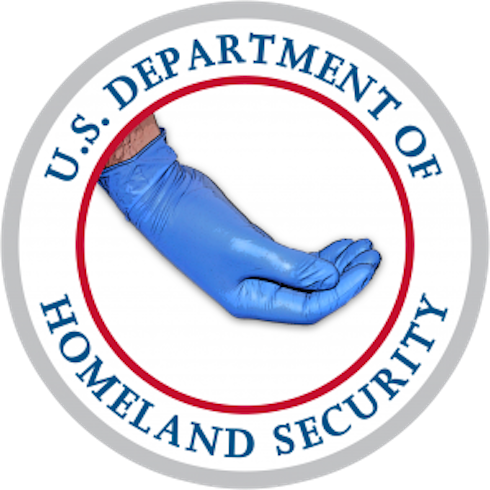 Jennifer Abel is a freelance writer who's been an eloquent -- and scathing -- TSA critic for years.

She wrote many columns for the UK paper The Guardian, in the section called "Comment is Free," where she did yeoman's work trying to wake people up to what was going on in the U.S. And she took no end of shit for it from know-nothing readers who didn't want to believe what she was saying.

Though she linked to copious amounts of empirical evidence and relied, as we do at TSA News, on logic, risk assessment, statistical analysis, and cold hard fact, UK readers mocked and derided her, and refused to believe that passengers were being bullied, harassed, robbed, and physically assaulted by the TSA.

With the latest so-called security procedures, now it's their turn to be abused.

Abel now writes for Consumer Affairs, and her latest article is on the TSA.

Since it's a straightforward news report and not an opinion piece, it perforce lacks the punch and brilliant, pointed sarcasm of her Guardian columns. But she still manages to get in a few subtle zingers in. Such as:

Hopefully, no terrorist or potential terrorist anywhere in the world is smart enough to disguise a bomb as an electronic device and then give it an actual working screen.

Of course, there have been the periodic TSA warnings against everything from shoes to cupcakes, all of which might, possibly, have the potential to be a bomb, or hide a bomb, or otherwise do something dangerous.

She also quotes our buddy Jason Harrington, the former TSA agent whom we discovered first and who has since gone on to expose the idiocies of the TSA for all and sundry (and who still maintains his fab blog, Taking Sense Away).

Go on over to read it, and if you're on Facebook, leave some comments there (the site accepts only FB-linked comments). Here's the best so far, left by Mike Martin:

Mike Martin · Santa Ana, California
Hmmm ... I think most of the dead batteries are in the heads of TSA personnel. Their goal does not seem to be to catch terrorist -- by their own admission they have pretty much failed at that. What they DO do is get us used to the idea of a police state under the guise of "patriotism". If we don't support their actions, then we're not "patriots" and are therefore, by definition, close to being terrorists. This technique has been used for decades by many different governments, including Nazi Germany, and it seems to work quite well.
Meanwhile, our personal rights and freedoms dwindle daily.

And if you want to see Jennifer's superb Guardian columns from days of old, here ya go.
Posted by Lisa Simeone at 8:22 AM

Email ThisBlogThis!Share to TwitterShare to FacebookShare to Pinterest
Labels: airport, DHS, foreign tourism, foreign travel, Guardian, Jennifer Abel, security, TSA
Newer Post Older Post Home
"The man who asks of freedom anything other than itself is born to be a slave." -Alexis de Tocqueville