Lions and tigers and shoes, oh my! 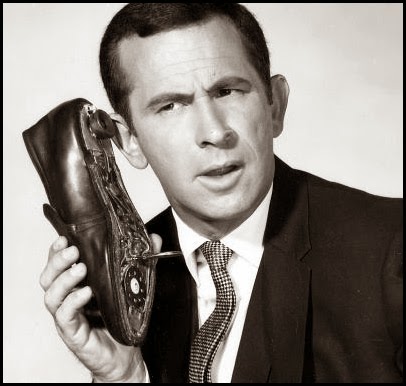 Ah, yes, last week it was toothpaste, this week it's shoes.

Our trusty overlords at DHS are creative types, always coming up with new threats. The latest, even though "there is no specific threat or known plot," involves footwear:

(CNN) -- The U.S. government has warned airlines to pay particular attention to the possibility of terrorists attempting to hide explosives in shoes, a result of new intelligence, according to two people familiar with the situation.
The officials stressed there is no specific threat or known plot.
Intelligence collected by the United States and other countries has indicated terror groups have been working on new shoe-bomb designs, the sources said Wednesday.
That knowledge prompted the Department of Homeland Security to warn airlines to be on the lookout for explosives hidden in shoes on flights from overseas to the United States, they said.

Passengers already take their shoes off. What's next? Going barefoot? (But then, no doubt, there would be a warning about explosive thingies wedged between toes.)
But wait, there's more:

"This threat is not specific or credible enough to require a specific response. DHS often issues these alerts out of an abundance of caution, but this does not necessarily rise to the level of facilitating a response," the intelligence official said.
A fourth official similarly stressed there is no specific threat and said there is already some puzzlement about why DHS issued the warning.

In other words, we're just hyping the fear factor . . .
. . . because . . .
. . . we can!
According to the CNN article, "DHS is not making any changes to passenger requirements, though travelers may notice additional searches, including swabs to detect explosives."
But over at NBC, the information is different:

As a result, officials say, airlines will be playing extra attention to passenger shoes on flights to the US from overseas. Those passengers may also experience increased scrutiny in pat downs and full-body screening.

Of course. Because if you're carrying bombs in your shoes, clearly your genitals must be groped. Makes sense to me!
Posted by Lisa Simeone at 6:32 AM