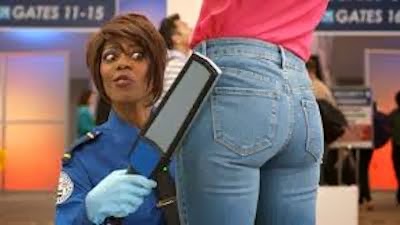 A round-up of some stories in the news lately about the TSA and TSA-similar organizations:

Nice to know that UK security can be just as idiotic as US security — tiny toy gun confiscated at Heathrow. Reminds me of the TSA confiscating the the sock monkey’s two-inch “gun” last year.

WTAE-TV in Pittsburgh FOIA’d some TSA records and found:

And these are only the cases we’ve found out about. No way to know, of course, how many other crimes are committed, in Pittsburgh and elsewhere, that never get discovered. Perennial problem.
Speaking of FOIA, the Electronic Privacy and Information Center (EPIC) reveals that, surprise surprise, DHS (parent of the TSA) is stonewalling on granting FOIA requests:

In other words, gentle reader, your government doesn’t think you have the right to know what it’s doing when it comes to “security.” You or your child got pawed in a “pat-down”? Got robbed at the checkpoint? Tough. Suck it up and move on.
And if you were watching the Olympics, you probably saw this Old Navy commercial. At first it pissed me off no end, though one saving grace is that it makes the TSA agents look like buffoons. I still don’t think it’s funny. And it shows how pervasive and accepted the TSA’s tactics have become, that a major retail outlet can incorporate them into a supposedly humorous ad.
But hey, as I’ve been saying for years, this is what America evidently wants, so this is what it gets.
Posted by Lisa Simeone at 9:19 AM