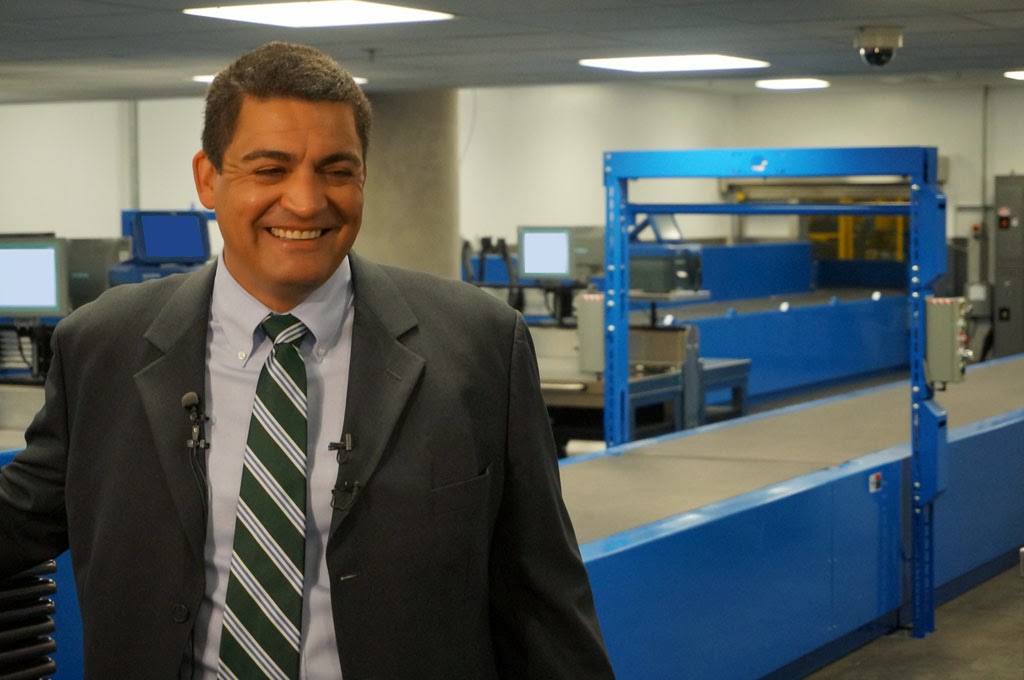 Nico Melendez is a spokesman for the TSA. Meaning he's a professional liar.

We have the latest example of his gift for lying in a story from Hawaii.

A man named [name removed at his request] was traveling from the island of Kauai to Australia when he was waylaid by the blue-shirted crusaders.

But as I've been reporting for years -- and as TSA employees themselves have admitted -- the TSA tries to force you into the scanners. If you don't acquiesce, you'll be given a punishing "pat-down."

For those of you who still don't get it, this behavior is meant to put you in your place. To show you who's boss. It's obedience training.

Still don't believe me? Here's what a TSA clerk said to Jeffrey Goldberg of The Atlantic back in 2010:

. . . I asked him if he was looking forward to conducting the full-on pat-downs. "Nobody's going to do it," he said, "once they find out that we're going to do."

In other words, people, when faced with a choice, will inevitably choose the Dick-Measuring Device over molestation? "That's what we're hoping for. We're trying to get everyone into the machine." He called over a colleague. "Tell him what you call the back-scatter," he said. "The Dick-Measuring Device," I said. "That's the truth," the other officer responded.

Slaven discovered the same thing (though why it's taken him so long is anybody's guess):


“It looks like they want to punish those people who don’t want to go through the scanner,” said the former Navy petty officer who served on board the USS Missouri during the Gulf War.

He said security gave him what he called an “aggressive” pat down, and swabbed his fingers three times.

But ______'s little adventure wasn't over yet. Because after he passed through security and was waiting at the gate, he heard his name being paged.


“Then two burly-looking security guards approached and said there were locks on my check-in baggage and they needed me to return to the luggage check-in point,” recalled ______. “I wasn’t going to miss my flight and told them to cut the locks.”

Okay, I've never heard of the thugs coming to tell you they're going to cut your locks. Usually they just do it. It sounds like they were trying to force _____ back to the checkpoint and cause him to miss his flight.

It didn't work. ______ didn't return to the checkpoint (unlike other people who have and who've missed their flights) and went on his way. Arriving in San Diego, he found that, of course, all the locks on his luggage had been cut. No word on whether anything was stolen. (Theft is another TSA specialty.)

Here's where Nico Melendez comes in. Those of us who've been writing about the TSA for years know Melendez well. His usual line, like that of his counterparts in crime, is, "Proper procedures were followed."

Yet in the next breath, Melendez finds something not quite right:


“We’ve been screening people for 11 years,” said Melendez. “From what I can tell at first glance at his email, I see some things don’t sound consistent with our policies. I’ve never heard of this happening.”

You've never heard of what happening? You mean people being bullied, harassed, and abused by the TSA? You mean your minions not following standard operating procedure? Really, Nico?

Maybe that's because you're an asshole and a fucking liar. Because you know damn well what your goons do every day. You know that punishment and retaliation are favorite TSA pastimes. You know it goes on all the time. You know there are many variations.


The only thing ______ says he wants for his trouble is to get the word out so the stressful incident doesn’t repeat itself for other Kauai travelers.

In the reader comments at the article, no surprise: most people come down against the victim and on the side of the TSA.

And I'm at fault because I say this country is getting exactly what it deserves.
Posted by Lisa Simeone at 4:10 PM

Email ThisBlogThis!Share to TwitterShare to FacebookShare to Pinterest
Labels: abuse, airport, assault, crime, Hawaii, obedience training, scanners, security, travel, TSA
Newer Post Older Post Home
"The man who asks of freedom anything other than itself is born to be a slave." -Alexis de Tocqueville