DHS TSA corruption - so what else is new? 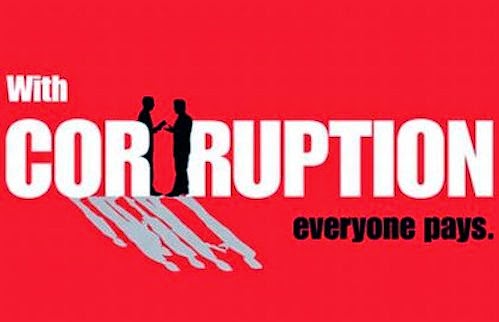 A report came out last week exposing corruption at the Department of Homeland Security, with the DHS inspector general in cahoots with other officials high up in the administration.


According to a Senate investigation, the acting DHS IG (inspector general), Charles K. Edwards, was a little too buddy-buddy with senior political operatives, even going so far as to alter reports of his findings to suit their tastes.
From a story in the Washington Post:

Charles K. Edwards, who served as acting DHS inspector general from 2011 through 2013, routinely shared drinks and dinner with department leaders and gave them inside information about the timing and findings of investigations, according to the report from an oversight panel of the Homeland Security and Government Operations Committee.
A year-long bipartisan investigation by the panel also found that Edwards improperly relied on the advice of top political advisers to then-Homeland Security Secretary Janet Napolitano and acquiesced to their suggestions about the wording and timing of three separate reports.

The corruption, not surprisingly, extended to dealings with the TSA as well, specifically over the proven-to-be-ineffective strip-search scanners deployed throughout American airports, at a cost of billions of taxpayer dollars:

In another instance, the Senate report said, Edwards followed the suggestion of a top DHS official by adding information to a report questioning the effectiveness of advanced imaging screening by the Transportation Security Administration. Edwards’s chief investigator complained that the move was an effort to “derail our report and minimize our findings,” according to the Senate report.
Edwards agreed with the DHS official’s suggestion to classify the TSA report as “Top Secret/Secure Compartmented Information” — the highest level of classification — rather than the looser restriction of “Secret.” The label meant that members of Congress could read the document only if they had a reason to do so, made arrangements, and reviewed it in a specially secured room.

Mais oui. Why should the peons of Congress, who fund the TSA and are supposed to have oversight of it, be allowed to see information about that which they fund? They can't be trusted with that. That's SSI! Let's put as many obstacles in their way as possible.
Meanwhile, don't look for info about this at Propaganda Central, the TSA Blog. No, there's just the usual crowing over lone bullets, inert grenades, and Terrorist Enchiladas. No mention of DHS corruption, the pawing of children, Stacey Armato's lawsuit settlement, the recent resignation of the TSA air marshal Director for gun-running, or the TSA air marshal who just shot himself in the leg.
It's always fun times at the TSA!
Posted by Lisa Simeone at 7:04 AM

Email ThisBlogThis!Share to TwitterShare to FacebookShare to Pinterest
Labels: air marshal, corruption, crime, DHS, guns, scanners, security, terroristiness, travel, TSA
Newer Post Older Post Home
"The man who asks of freedom anything other than itself is born to be a slave." -Alexis de Tocqueville