Guns in America: Suffer the Little Children to Come Unto Me 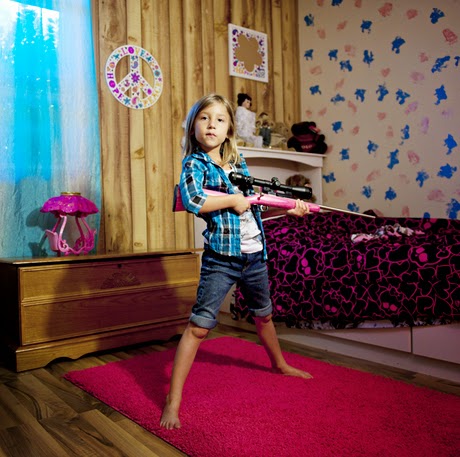 Nah, this country isn't fucked up.

Available in bright blues and hot pinks, rifles for kids sell in their thousands in America. They look like toys – but they're lethal. An-Sofie Kesteleyn travelled to photograph this juvenile army

"Give a child a gun and she'll just blow her own brains out. But teach that child to shoot and she'll blow her whole class's brains out too. "
NRA Summer Annual 2014

Email ThisBlogThis!Share to TwitterShare to FacebookShare to Pinterest
Labels: American values, children, guns, violence
Newer Post Older Post Home
"The man who asks of freedom anything other than itself is born to be a slave." -Alexis de Tocqueville