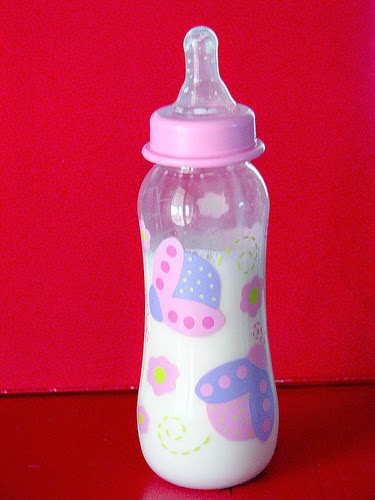 *UPDATE BELOW. Stacey Armato, the lawyer and mother who was bullied, harassed, and made to miss her flight by the TSA in 2010, has reached a settlement in her lawsuit against the TSA. We've written about Armato and her case several times. Information about her case is also in the Master List of TSA Crimes and Abuses.

Armato, a frequent flyer, was trying to take breastmilk through the checkpoint, which is perfectly legal and acceptable, but the TSA clerks on duty at Phoenix Sky Harbor Airport were in a bad mood and wanted to lord their power over her. They refused to let her pass. From the complaint:

She requested an alternate screening process for the breast milk so it was not exposed to radiation. Plaintiff even had a printout of the TSA's own guidelines - guidelines that had been in effect since July 20, 2007. These TSA agents, however, remembering her from the week before, retaliated against her for requesting alternate screening of her breast milk. Plaintiff was forced to stand in a glass enclosure in front of all the other passengers for over 40 minutes, where she was frequently harassed and abused by TSA agents. Plaintiff was specifically singled out for no other reason than to humiliate.

Regular readers will recognize that this a common practice by TSA agents.

When she "requested to speak with a manager, her requests were refused and plaintiff was told 'be quiet,' to 'do as she was told' and that she was not to move," according to the complaint.
A police officer was called, and Armato says she tried to explain that "breast milk was classified as a 'medical liquid' and does not need to pass through an X-ray machine."
The officer told her that "the TSA agents were 'waiting for her' because plaintiff had made this request in the past," and "that she should go along with the TSA 'horse and pony show' or he would be forced to arrest her per the TSA's request," according to the complaint.

Oh, and surprise, surprise, as Jon Corbett, Pete Alexion, and others have discovered, the video footage went mysteriously missing:

Armato says she has retrieved most of the footage of this incident on video, but about 30 minutes of tape are missing, "including where Wiseman demanded plaintiff's personal information on a piece of paper which he put in his pocket and kept, as well as the portion where Wiseman photographed plaintiff's breast milk."

Armato sued in 2011, and it's taken almost three years for the lawsuit to be settled. I was in touch with Armato's lawyer, Robert Mosier, yesterday. He told me:

The most important thing is they [the TSA] are changing their internal procedures, changing their website to give mothers better guidance, retrain employees, and they removed those horrible glass cages from the Phoenix airport.

Armato was also rewarded monetary damages -- $75,000 -- some of which she's donating to Breastfeed LA.
From the press release Mosier issued yesterday:

“We brought this lawsuit for one reason – to bring clarity and policy change for breastfeeding mothers traveling with breast milk” says Plaintiff Stacey Armato. “Hopefully what I experienced at the Phoenix Airport in 2010 will never happen to another mother traveling with her breast milk.”

Unfortunately, I don't believe this "will never happen to another mother traveling with her breast milk." We have documented hundreds of cases where people, traveling with printed copies of the TSA's own guidelines, have been harassed and detained, and those guidelines ignored. And those cases are only the ones we've found out about. Logic dictates that there are thousands more.
Other people, such as Steve Bierfeldt and Tim Rasmussen, have also brought lawsuits and reached settlements that supposedly changed the way the TSA operates, yet we find that the TSA ignores the results of those settlements time and time again. The TSA's "passenger advocate" 800 number, another PR ploy supposedly instituted to help passengers, is also, like the printed-out guidelines, meaningless. And it's not just breast milk, but also baby formula, that is often targeted by TSA clerks, as this woman discovered.
All of the retraining in the world isn't going to make a damn bit of difference as long as you have authoritarians at the checkpoint with absolute power and no accountability.
So yes, congratulations to Stacey Armato and Robert Mosier for taking on the TSA. But I have no illusions about what this victory means in the long run. We will continue to see TSA abuse.

By the way, video of Armato's encounter with the TSA -- the non-missing portion -- is here.
(Photo: brokinhrt2 via Flickr Creative Commons)

*UPDATE: Rob Mosier just told me that this fight was made all the harder because it was only him and Stacey against multiple other lawyers all working for or hired by the TSA: "the U.S. Attorney, agency [TSA] counsel from DC, plus 4 other law firms, so at every deposition, every hearing, we were facing 7 or 8 other attorneys; every hour spent on this case cost taxpayers thousands of dollars per hour." In addition, Mosier was the only one from his law firm allowed to view any of the relevant documents -- he couldn't get help, in other words, from his colleagues -- because everything was deemed SSI. As for the names of the TSA agents who harassed Armato, Mosier and Armato know those names but acceded to a confidentiality agreement not to release them, because four years ago, in the days after her video went viral, so many negative comments were posted all over the place, threatening to harm the TSA agents. And the conveniently missing portion of that video? The TSA claims it doesn't know what happened to it. Though they requested it repeatedly, neither Mosier nor Armato has seen it.
Posted by Lisa Simeone at 7:51 AM

Email ThisBlogThis!Share to TwitterShare to FacebookShare to Pinterest
Labels: abuse, airport, breastmilk, crime, harassment, law, security, Stacey Armato, travel, TSA
Newer Post Older Post Home
"The man who asks of freedom anything other than itself is born to be a slave." -Alexis de Tocqueville