59% of Americans want to arm the TSA 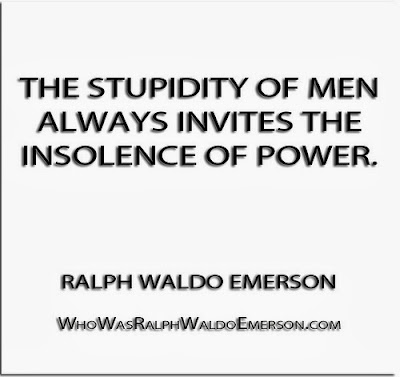 Proving once again that you can’t underestimate the stupidity of the American public, over half of citizens polled favor putting guns in the hands of TSA agents.

The results of this poll were just published at Reason:

A month following the fatal shooting of a Transportation Security Administration (TSA) officer at Los Angeles International Airport, a majority of Americans, 59 percent, say that TSA agents in airports should carry guns. Thirty-five percent of those surveyed believe TSA agents should not be armed.

Furthermore, since people are still hiding behind the false dichotomy of left/right, liberal/conservative, Dem/Repub, you should know that adherents of both political parties are equally witless:

Maybe we could arm them with 2-inch sock monkey guns, thus matching the intelligence of TSA employees with that of the general public. Fair's fair.
(Graphic: QuotesEverlasting via Flickr Creative Commons)

Cross-posted at TSA News.
Posted by Lisa Simeone at 3:12 AM

Email ThisBlogThis!Share to TwitterShare to FacebookShare to Pinterest
Labels: airport, Democrats, Emerson, guns, Republicans, security, stupidity, travel, TSA
Newer Post Older Post Home
"The man who asks of freedom anything other than itself is born to be a slave." -Alexis de Tocqueville