Another Person Abused in Cavity Search by U.S. Authorities 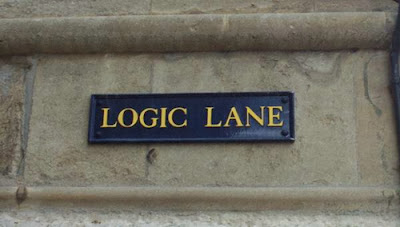 As I said here, and I quote, "that means there are more. Logic dictates that there have to be more."

For yet another person has come forward detailing her horror story of being cavity searched by thugs in uniform:

It may be hard to believe that this could happen to yet another New Mexican. KOB's 4 On Your Side team found a woman who claims she was violated by federal agents and doctors.
Laura Schaur Ives, Legal Director for the New Mexico Chapter of the American Civil Liberties Union, is representing the woman.
Schaur Ives said the woman doesn't wish to be identified because she considers herself to be a victim of sexual assault. Schaur Ives said the woman crossed the border at a Port of Entry from Juarez, Mexico into El Paso.
A dog alerted to the woman, and Schaur Ives said federal agents stripped searched her at the facility, asked her to undress, to spread her genitalia and to cough. Female agents also allegedly pressed their fingers into her vagina looking for drugs.
The woman claims they didn't discover anything during the on-site strip search, so they took her to University Medical Center of El Paso.
"First, medical staff observed her making a bowel movement and no drugs were found at that point," Schaur Ives said. "They then took an X-ray, but it did not reveal any contraband. They then did a cavity search and they probed her vagina and her anus, they described in the medical records as bi-manual--two handed. Finally, they did a cat scan. Again, they found nothing."
The ACLU claims the federal agents never secured a search warrant before probing or touching the woman.
"And her medical records indicate that she refused consent," Shaur Ives said.

But these kinds of border searches are notorious. They go on all the time, and anybody in this country who still doesn't know that is . . . well, let's be charitable and call them naive.

Since Van Beek came out with her story, other women have also come forward.

Van Beek lost her lawsuit, because the corrupt system of "justice" in this country sided with the corrupt Customs and Border Protection agency -- quelle surprise.

Land of the Free. Yeah, right.

Oh, and by the way, for all the naysayers out there, Supreme Court Justice William Brennan wrote: "Indefinite involuntary incommunicado detentions 'for investigation' are the hallmark of a police state, not a free society." (Oooh, scary "p" word again!)