In Pa, Alabama, and Texas, drivers pulled over, asked for blood and saliva 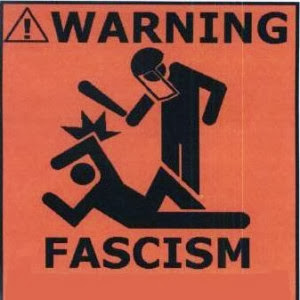 No, this isn't an April Fool's joke. No, it isn't a scene out of a dystopian novel. It's just another day in the good ol' USA.

In Alabama, in Texas, and now in Pennsylvania, drivers have been flagged down by police and told to pull over into a parking lot so that a survey company can "ask" them for blood and saliva.

What exactly are they "surveying"?

It was part of a government research study aimed at determining the number of drunken or drug-impaired drivers.

Oh, really? So for a government research study, you enlist the police, complete with flashing lights and roadblocks, and "ask" people just going about their daily business to pull over and let you stick a swab in their mouths and draw their blood?

Listen to this line of reasoning:


The National Highway Traffic Safety Administration, which is spending $7.9 million on the survey over three years, said participation was "100 percent voluntary" and anonymous.

Of course -- it's "voluntary"! That's why we have uniformed cops standing by to, ah, encourage you.

But Cope said it didn't feel voluntary to her -- despite signs saying it was.
"I gestured to the guy in front that I just wanted to go straight, but he wouldn't let me and forced me into a parking spot," she said.

The checkpoint was supposed to be voluntary, but Nieves said he had to refuse several times over a five-minute period before the woman taking the survey let him go.
What irked Nieves was the presence of city police. He said they were there - including a police car with flashing lights - to intimidate motorists, and gave the checkpoint an air of authority it would not otherwise have had.

Meh, quit your whining. You sound just like people at the airport who object to having their privates pawed or people who object to being unlawfully searched by VIPR teams or loony civil libertarians who care that the NSA is sweeping up everything in sight.

Don't you people know that The Terrorists Are Everywhere™?!

Don't you realize that the government is just trying to Keep You Safe™?!

You people don't appreciate anything. After all, it's not like we're performing forced cavity searches, forced catheterizations, and forced colonoscopies!

Oh, and the icing on the authoritarian cake:

He also noted the fine print on a form given to drivers informs them their breath was tested by "passive alcohol sensor readings before the consent process has been completed."
"They're essentially lying to you when they say it's completely voluntary, because they're testing you at that moment," Colosi said.

Passive alcohol sensors are apparently all the rage.

I'm glad that at least a few citizens were troubled, if not outraged, by this. But you already know that most people -- not all, but most -- simply acquiesced. Even those who objected acquiesced. Here's Kim Cope in Texas:

She said she felt trapped.
"I finally did the Breathalyzer test just because I thought that would be the easiest way to leave," she said, adding she received no money.

Okay, I'm not going to rag on Cope and people like her, even though I'm disgusted that people give in to authority so easily. I understand that the cops standing by in uniform are a form of coercion, and the cops understand it, too. That's why they do it. So I'll cut her some slack.

But now that those of you reading this know this is happening (and know it's wrong, or God almighty I hope you do), there's no excuse, if it happens to you -- and it might, because it's going on in 30 cities -- for saying you felt caught off guard, you were taken aback, you didn't know how to handle it. All those feelings, when someone is caught off guard, are understandable.

But now that you know, you can do what you're supposed to do -- tell the cops and the "survey" takers to shove it, and go on your way.

And then make damn sure you tell everyone you know about it. Instead of posting pictures of beer pong on your Facebook page, and tweeting about your seats at some football game, maybe you could use the power of social media to spread the word about the "security" creep in this country.

Oh, but that's right, silly me -- this kind of shit only goes on in totalitarian societies. We live in a Free Country™.

Nothing to see here; move along.

Email ThisBlogThis!Share to TwitterShare to FacebookShare to Pinterest
Labels: 4th Amendment, bill of rights, Civil liberties, fascism, police state, sheeple, surveillance
Newer Post Older Post Home
"The man who asks of freedom anything other than itself is born to be a slave." -Alexis de Tocqueville