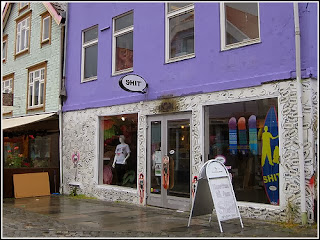 The media are once again doing the TSA’s dirty work for it. Who needs PR flacks when you have newspapers, TV, radio, and the internet?


As we’ve written so many times, security at U.S. airports was working just fine after 9/11. Planes weren’t being blown out of the sky left and right. Then along came TSA Administrator John Pistole to implement the Reign of Molestation. And he’s been shoveling the sh*t ever since, abetted by a credulous media just as intent on fear mongering as he is.
Pistole’s latest PR offensive is another op-ed in USA Today. In it, he repeats the same bald-faced lies he’s been spewing for the past three years. No matter how many times he’s shown to be lying, no matter how many times his assertions have been refuted with facts, he continues. He’s like some demented wind-up toy that won’t shut up.
I took him apart here. Sommer Gentry took him apart here. Wendy Thomson took him apart here. Bill Fisher took him apart here. Deborah Pierce took him apart here. Phil Weber took him apart here. All the TSA News writers have had a crack at him, multiple times. And unlike him, we employ empirical evidence — and something even scarier — logic.
Pistole actually has the nerve to call the TSA “non-invasive” and “common sense.” Yeah, John, sticking your hands down people’s pants is “non-invasive.” Trying to detect “micro-expressions” on people’s faces is “common sense.”
Here are just a few of Pistole’s whoppers:

“It is important to note that TSA’s behavior detection approach does not have anything to do with a passenger’s appearance; rather, it identifies individuals who could be high-risk passengers based solely on their behavior.”

“As demonstrated by experts, these techniques are an effective means of identifying people engaged in deceptive or illegal activity, as well as those who fear discovery. Last year, officers referred more than 2,100 passengers to local law enforcement, resulting in 30 boarding denials, 79 investigations, and 183 arrests.”

False. “These techniques” have repeatedly been shown to be voodoo, by the GAO,by DHS, by the Salt Lake Tribune, by the experience of the TSA itself. And the only arrests that have taken place have been for drugs, illegal immigration, carrying “too much” money, or other violations that have nothing to do with bringing down a plane and for which the TSA is forbidden by law to search.
John Pistole is a liar. He is a liar and a criminal. He should be fired and prosecuted.
But we all know that will never happen. We have a clueless president — his wife and children don’t have to get scanned and groped — and hundreds of worthless wankers in Congress — not enough of whom have been scanned and groped. They will never stand up to this authoritarian religious zealot. They’re cowards.
But perhaps that’s fitting. Given that they represent U.S. citizens, and most of those citizens couldn’t care less about their rights, perhaps the cowardice of our political leaders is entirely appropriate. Only time will tell.
(Photo: Capt’ Gorgeous/Flickr Creative Commons)
Cross-posted at TSA News
Posted by Lisa Simeone at 7:58 AM