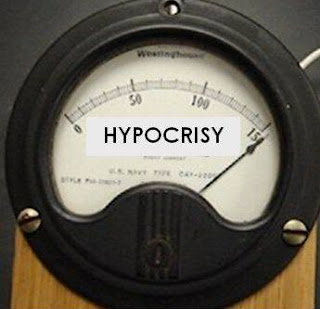 In case you haven't figured it out, I identify as Left, in the conventional way the political spectrum is usually defined. But I'm not an ideologue, nor an idiot. I hold opinions that are all over the map, including ones that are considered rightwing by those who aren't very good at nuance or who reliably respond to political dog whistles. For example, I can't abide political correctness. Political correctness is Stalinism by another name. So dog-whistle Democrats would take that to mean that, therefore, I'm rightwing.

The point is I don't try to defend the indefensible; I don't gleefully compromise my values and then turn around and pretend I'm not doing so. All of which is more than I can say for knee-jerk Dems and knee-jerk Repubs. Two peas in a pod, two sides of the same coin, look in a mirror, etc.

That's why I cheer the news that a former GOP Senator named Gordon Humphrey is standing up for NSA whistleblower Edward Snowden. It shouldn't matter what Humphrey's political affiliation is. Yet you know as well as I do that it does. Under a Democratic administration, Dems are going to rally behind Their Guy and excoriate anyone who criticizes or embarrasses him. If a Republican were in the White House, of course, it would be entirely different: those same Dems would be on the other side, cheering on the person who criticized or embarrassed the administration. Ditto for Repubs were the situation reversed.

This is called hypocrisy. It should be obvious, but apparently it has to be spelled out.

See what Gordon Humphrey wrote to Edward Snowden, as revealed in this column by Glenn Greenwald in the Guardian. Excerpt:

Mr. Snowden,
Provided you have not leaked information that would put in harm's way any intelligence agent, I believe you have done the right thing in exposing what I regard as massive violation of the United States Constitution.
Having served in the United States Senate for twelve years as a member of the Foreign Relations Committee, the Armed Services Committee and the Judiciary Committee, I think I have a good grounding to reach my conclusion . . . .

Instead, all over the blabbosphere, cocktail-party liberals and red-meat conservatives are lining up behind party lines, not addressing the issue at hand, merely responding to their particular dog whistles. It's a sickening, if predictable, response.
Posted by Lisa Simeone at 12:05 PM

Email ThisBlogThis!Share to TwitterShare to FacebookShare to Pinterest
Labels: Democrats, hypocrisy, NSA, Obama, Republicans, Snowden, spooks
Newer Post Older Post Home
"The man who asks of freedom anything other than itself is born to be a slave." -Alexis de Tocqueville