Ted Rall is a brilliant, biting political cartoonist. I had the privilege of meeting him during the Occupation of Freedom Plaza in Washington, D.C., in October 2011 (the thing that got me blacklisted by a major national news network that will go unnamed). If you don't know Rall's cartoons, you should. Here's one (click to enlarge): 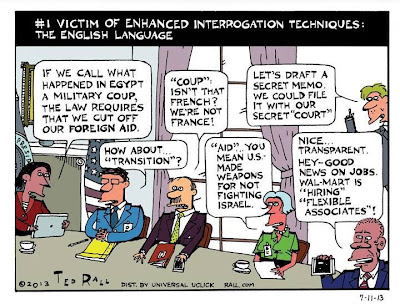 Email ThisBlogThis!Share to TwitterShare to FacebookShare to Pinterest
Labels: Civil liberties, political cartoon, Ted Rall
Newer Post Older Post Home
"The man who asks of freedom anything other than itself is born to be a slave." -Alexis de Tocqueville