John Pistole gets his knickers in a twist — again 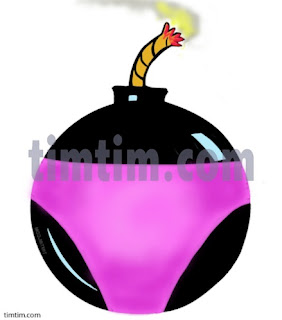 UPDATED BELOW.
TSA Administrator John Pistole seems to have a thing for underpants.

I guess this shouldn’t come as a surprise, given that he’s the one who instituted sexual assault as a condition of getting on a plane in this country.


As we have detailed so many times, Pistole doesn’t flinch from over-exaggerating threats (which we all know are out there anyway) or outright lying. And he’s at it again.
At the Aspen Institute, a forum that, under the guise of intellectual discourse, gives blowhards a chance to strut, Pistole once again ginned up the dire threats facing us all from explosive underwear.


How does this man walk around in life, afraid as he clearly is of tighty-whities blowing up left and right?
Pistole regaled his audience with tales of a “new underwear bomb” supposedly being developed by Al Qaeda in the Arabian Peninsula (AQAP).

TSA equipment ‘wasn’t calibrated to detect [the device], and all of our 800 bomb-sniffing dogs had not been trained for that specific type,’ Pistole said of the recently discovered bomb.

So he admits that the TSA’s pricey, corporation-enriching machines won’t do squat to prevent these bombs, yet we still have to be subjected to the former in order to escape the latter. Sure, makes sense to me.
Since Pistole never misses an opportunity to exploit the scourge of panty-bombs, to a breathless audience only too eager to lap up his supposed expertise, let me reprint here a paragraph from a previous post containing facts that Pistole neglects to mention:

. . . Notice that Pistole simply doesn’t answer the question. But he doesn’t miss a chance to bring up those supposed “three plots” again, none of which had a chance in hell of bringing down a plane: one was highly questionable, another was absurd and easily thwarted by passengers, and another was revealed to have been engineered by the CIA.

And let me repeat, again, what we all already know: yes, there are threats out there. Yes, there are people trying to come up with ever more clever ways of blowing things up. We get it. But stripping and groping us at every turn, and destroying our civil liberties, isn’t going to mitigate those threats.
If you went by Pistole’s logic, assuming he has any, you’d have to be in favor of body-cavity searches for everyone before they get on a plane. While 1/3 of Americans are fine with this, the rest of us have more sense. As do, praise be, many of the commenters to the original article, who ridicule Pistole for his incessant fear mongering.
UPDATE: Well, well, well, turns out this is a story from last year, though the Daily Mail is just reporting it now. Which means that Pistole has been frothing over panty-bombs all this time, yet has already admitted that the TSA's procedures do nothing to prevent them. So why, then, do people still have to go through these procedures??

We know why. It's obedience training.
(Cross-posted at TSA News.)
Posted by Lisa Simeone at 7:50 AM

Email ThisBlogThis!Share to TwitterShare to FacebookShare to Pinterest
Labels: Civil liberties, John Pistole, security, terror, terrorism, TSA, underwear bomb
Newer Post Older Post Home
"The man who asks of freedom anything other than itself is born to be a slave." -Alexis de Tocqueville